SILVA: why is chloroplast defined as bacteria?

I would think it should be:
Eukaryota; Plantae; Chloroplast; A chloroplast /ˈklɔːrəˌplæsts, -plɑːsts/ is a type of membrane-bound organelle known as a plastid that conducts photosynthesis mostly in plant and algal cells. The photosynthetic pigment chlorophyll captures the energy from sunlight, converts it, and stores it in the energy-storage molecules ATP and NADPH while freeing oxygen from water in the cells. The ATP and NADPH is then used to make organic molecules from carbon dioxide in a process known as the Calvin cycle. Chloroplasts carry out a A ...

Ah, I see thanks! Does that mean 16S sequences from one plant cell can map to both eukaryota and bacteria simultaneously? Phylogenetically, is a plant a eukaryota, a prokaryote or both? That might be more of a philosophical question.

Does that mean 16S sequences from one plant cell can map to both eukaryota and bacteria simultaneously? 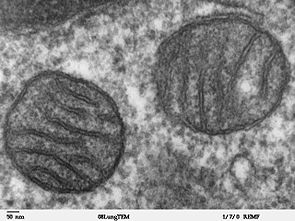 Phylogenetically, is a plant a eukaryota, a prokaryote or both ? That might be more of a philosophical question.

Philosophical indeed. Phylogenetically it would be considered a plant. But philosophically I suppose we might say both.

Is there a way to tell if the chloroplast reads come from chloroplasts or cyanobacteria?

I recently did a 16s sequencing of V4 region of a community that had unknown bacteria and Chlamydomonas reinhardtii.

The sequencing results, analyzed using Qiime2 and DADA2, show some reads that are classified as Phylum Cyanobacteria, Class Chloroplast and Family Not assigned.

I want to know if these reads came from the Chlamydomonas reinhardtii or if there was some cyanobacteria present in the community. Please let me know if there’s a way to do this?

On searching I only find ways where all chloroplast reads are discarded or there are suggestions to avoid algal chloroplast contamination during DNA extraction.

Thanks and best regards,
K.

What’s the best way to tell if the reads are form cyanobacteria or algae?

You could build a reference database that contains sequences of the particular cyanobacteria, algae, and chloroplast species you are interested in. The use classify-consensus-vsearch to find the closest matches.

But it sounds like your classifier may have already made that distinction: true cyanobacteria are probably not lumped into class chloroplast in your reference database, but you will need to check the taxonomy to be sure. I am not familiar enough with cyanobacterial taxonomy, though, to say whether these are likely to be confused with chloroplast DNA.

You make a good point — if cyanobacteria are an important component of the microbial communities that you study, then it is probably not wise to throw all of these out unless if you can differentiate cyanobacteria from chloroplast (which, again, I think the classifier/taxonomy already does).

Thank you! That helps