Hi! I'm still relatively new to Qiime, and was wondering if I could get some help interpreting my beta diversity (Bray-Curtis) plots? I thought I had this all figured out but then my PI brought up a different point and made me question everything!! 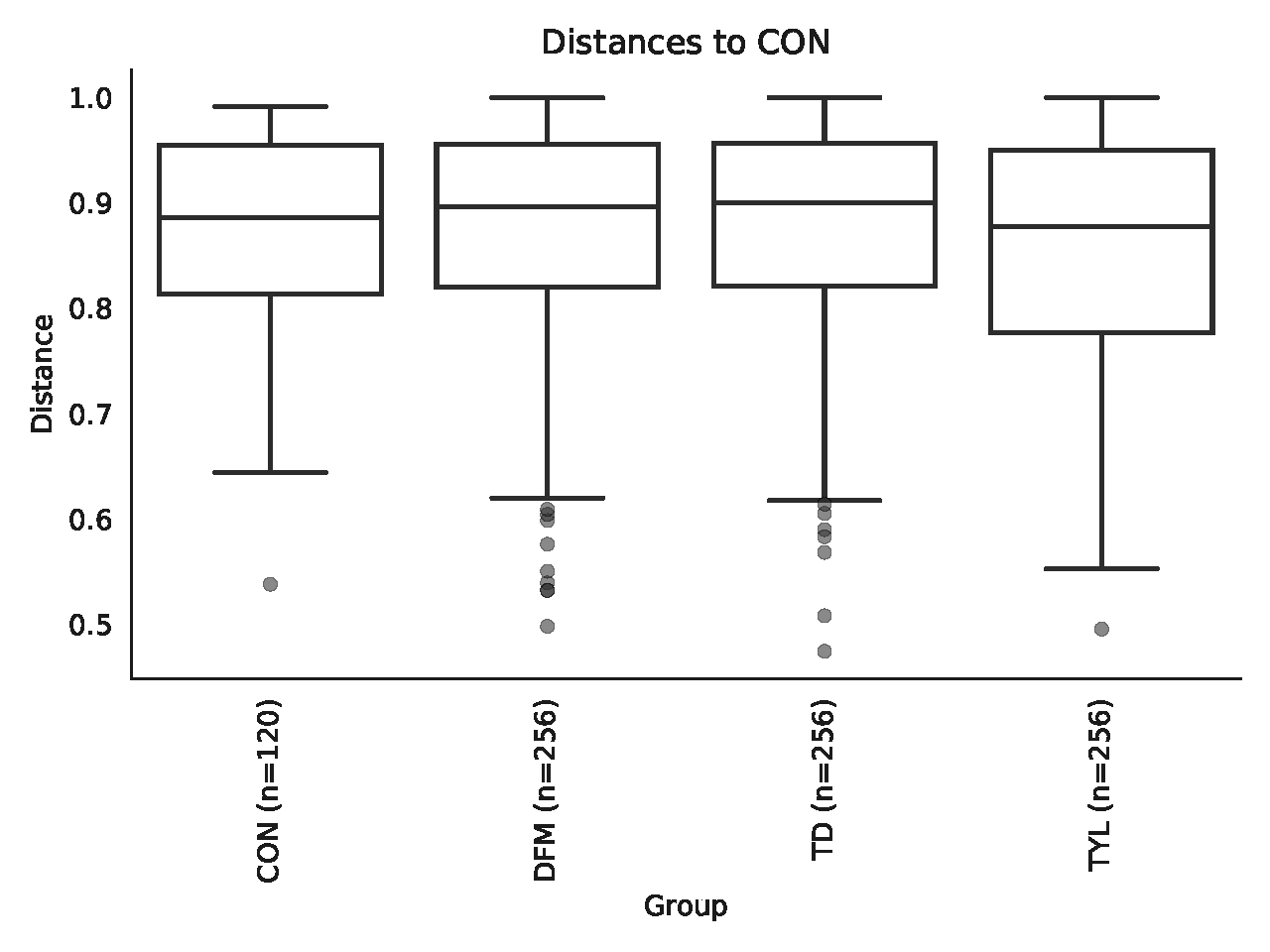 So my thinking was, there is more diversity in the TYL group because the box is larger, indicating a wider variety in the distances measured. But then my PI brought up that it could be less diversity, because even though the box is bigger, its bigger towards the low end and the median is lower which would indicate less diversity. That made a lot of sense to me, so now I'm confused about what all of this means! Any help would be much appreciated!!

I think you’re both thinking in the right direction, but you’re asking different questions. I think the first thing to talk about is that bray curtis distance is “beta diversity” but it’s a measurement of distance (you can learn more about that in a couple of posts I’ll link at the bottom).

However, the variance is a different thing to test, and that can tell you something different. It looks like the variance in your TYL group might be larger (based on the wider spread you have in the interquartile region). You can test that with a permdisp, which asks if the dispersion (kind of like the variance) in groups are different. (There’s another post about that I’ll link below as well).

Finally, one thing I always thinks help is to remind yourself about what different things mean in a boxplot. I like this resource, your milage may vary.

Hi @Julie_Jeon, Beta diversity can be confusing! It takes a while to get comfortable with it. The PCs describe the variation explained when we compress the data along that PC. So, seperation along your first PC explains about 25% of the overall variance in your data, seperation along the second about 18%… and so on. As your sample size gets bigger, you have more PCs and each PC explains less. (counter intuitive and frustrating, but also life). As far as your comparisons across the 4 groups. I…

Hi, I would like to ask for a clarification for beta-group-significance results. I am comparing samples based on their origin. I evaluated weighted UniFrac beta-diversity metrics, and I plotted a PCoA. Based on that, and on taxonomic classification, I could clearly see samples from one origin being very different to samples from other two origins. Then I wanted to confirm this running a PERMANOVA test. Although the box and whisker plots confirm the results I got with the PCoA, I get all p-value…

Hi, I have looked through the forum to the best of my ability to find answers to my questions, but have come up short on a few questions. I realize they are probably simple answers, but Qiime2 is new to me, and so is the statistics involved. To quickly summarize my work, I have a collection of serum samples from aerosol challenged rhesus macaques that I tested with a serodiagnostic assay to look for immune responses. The serum samples can be categorized by collection date, such as pre-challeng…

HI @devonorourke, Thanks for tagging me in this discussion! This is an area I’m getting into and getting excited about; the referenced post was awesome. I think you’re looking for two separate functionalities: statistical test and visualization. I think they’re closely linked, but slightly different things. As far as I understand, permadisp is the statistical test that measures whether the dispersion of a group of samples in ordination space is different between groups (essentially a measure…