Is my DADA2 outputs nomarl?

The DADA2 filter excludes most of the leads.

I am a university student in Japan and a beginner in analysis, so please understand that I am not very good at this.

I am using activated sludge samples for analysis with DADA2.
However, when I use "qiime dada2 denoise-paired", I get the following results. (Photo 1) 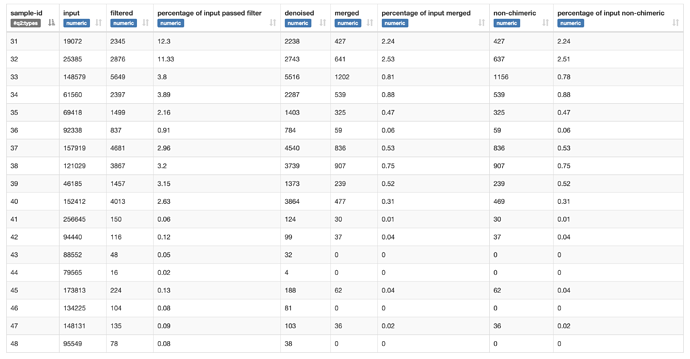 Most of the input reads are lost at the time of filtering, and nothing remains at the end.
The forward sequence has a high quality score, but the reverse sequence has an extremely low score. (Photo 2)

The actual code used is shown below.

I have two questions.
(1) What is the cause of the problem?
PCR? NGS? DNA extraction? Others?
(2) Can I get any result from this data?
I would like to get some results, excluding the accuracy of the data.

You might want to take a look on that thread:

DADA2: loss too many reads after filtering User Support

Hi Qiime2 fellas, I'm working with similar data (DNA extracted with PowerSoil, same primer pair, plus a organellar blocking primer set, Miseq sequencing), I also lost a lot of data during dada2 step (see image below) even after trying all variations of metaparameters (FYI, I truncated fwd at 290 and rev 260, trimmed first 10 bp, this last one helped a lot), [image] I might sound mean, but with the combination of protocols we used, apparently we get low throughput, I even got a sample which …

The quality of the reverse read is OK. There are a lot of variables that influence it.

Thank you for your reply.

I contacted illmina and they had a similar problem with a product with the same lot number.
I decided to rerun the NGS.