I'm trying to build a heatmap using data that was imported using qiime2R -- I'm not quite sure if this is the place to post this question, but I really don't know how to solve this. -- Please see below: 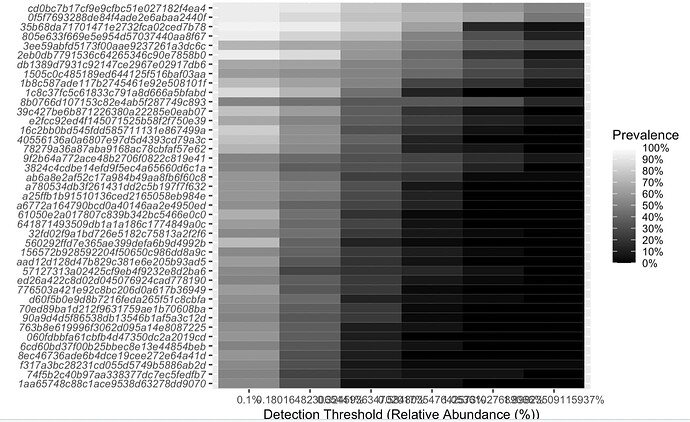 The problem is that the label of the y-axis has the "Feature ID" instead of the taxonomy of the organisms. How can I change it?

Let's try something, you'll need to import your taxonomy.qza and feature-table.qza and your sample metadata (in this example called metadata)

Now you have a new object with the highest taxonomic name for each ASV, instead of the hashed ID.
You can use it as you normally would, or if you want to change the names in your feature-table you can do so with: