I started to move away from OTU picking and using DADA2 to process my 16S data, my rationale was, why loosing detailed info by pooling sequences into OTUs when we have ways to denoise-correct sequencing errors.

So I re-processed old data using DADA2, the data look the same in term of phylogenetic breakdown using OTU picking or DADA2, the number of “features” or “SV” is higher than the number of OTUs as expected, so I don’t think I screwed anything major.

However I am very surprised about the beta-diversity plots on the otu-table (with otu picking) and fetaure-table (DADA2) that look completely different, using the same normalization, distance and ordination. When I used the feature-table at the level 7 (genus) I find the same pattern than what I had with the original OTU table clustered at 97%. Both analyses return significant grouping of my samples they are just very different…

So my question is, which one reflects better the biology that happened during my experiment if any? I would guess that DADA2 because you can have within species variation might exaggerate differences between samples that might not be relevant…and so “blurring” the data in that case might be a good idea…

Thanks in advance for your help
Best,
Estelle:cactus:

Hi @Estelle,
This is a great question!

I started to move away from OTU picking and using DADA2 to process my 16S data, my rationale was, why loosing detailed info by pooling sequences into OTUs when we have ways to denoise-correct sequencing errors.

Awesome! Excellent rationale — the same reason why dada2 was implemented in the beta version of QIIME2 before OTU picking methods were added.

Would you mind sharing these plots? This does not surprise me at all, especially depending on the beta diversity metric(s) that you used. An unweighted method, like unweighted UniFrac, should be more sensitive to this effect, since SVs are going to preserve more of the underlying diversity, potentially leading to greater branch length differences between samples (UniFrac) or more unique features that could further differentiate your samples (any metric).

When I used the feature-table at the level 7 (genus) I find the same pattern than what I had with the original OTU table clustered at 97%.

Makes sense — by clustering into OTUs you are sort of doing a similar thing as collapsing into taxonomic groups. Though UniFrac distance will still take phylogenetic distance into account with OTUs, whereas taxa will be incompatible and hence you lose more information.

which one reflects better the biology that happened during my experiment if any?

This all comes down to what your biological questions are. As you do see differences between OTU picking and denoising, this is a very interesting case where we can pick apart where we could apply these to different questions.

You bring up one very fine and interesting point:

You can use q2-vsearch to cluster SVs into OTUs (that have been denoised by dada2!), and then assess the impact on beta diversity to determine how granular the differences between samples/groups are.

So in some cases you may not be interested in whether strain-level differences differentiate samples. E.g., if you have a lot of strain-level differences between individuals and this fine-grain information introduces a lot of noise that is not of experimental interest, and prevents groups from clustering together, you may wish to cluster into OTUs (or use taxonomic classifications) to determine whether species- or genus-level features differentiate your groups better (I haven’t seen this before but just saying it makes conceptual sense to me what you are proposing).

In other cases, though, you may be interested in that information. If SVs provide “strain”-level information that differentiates your samples/groups, then all the better (especially if this separation is lost post-OTU clustering).

So I don’t believe there is a “right” answer here. It all depends on your goals. My general inclination would be that it’s best to have more sensitivity from SVs, but there is nothing wrong with doing the approach that you suggest.

Thanks for bringing up this great question!

Thanks for the answer, I really like this forum by the way, this is amazing to get a hold on your expertise that easily

I used hellinger transformation + bray curtis (I am kind of allergic to Unifrac because I don't understand why I would embed phylogenetic info within my betadiversity distance metric, but I am totally open to know what are your thought about that ?). The ordination here is NMDS.

So very bad practice, I feel lazy right now so I am just sending you caption of the plots without labels...sorry. Bottomline is that my samples group by "treatment" in the otu picking scenario (which is what I thought would happen) and by "technical replicate" in the feature table_DADA2 scenario. It is not actual technical replicate it is various cell sorting fractions from the same sample. As you can see pretty different Stress value is 0.14 in both cases.

Here is the plot from the feature table 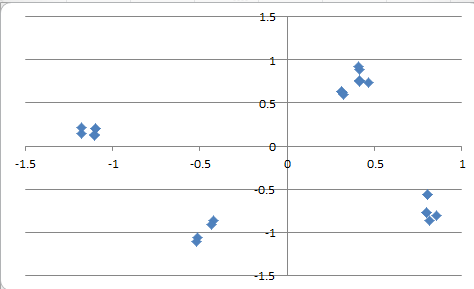 Here is the plot from the OTU table 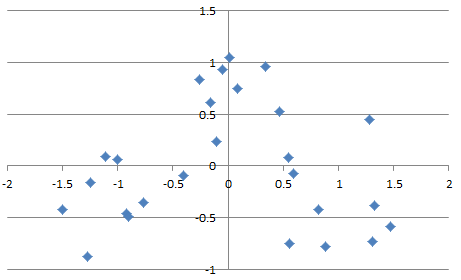 Maybe there seems to be more separate groups in the results from the DADA2 table because of the reduced false diversity that is removed by DADA2?

Maybe try running your DADA2 table through Vsearch and cluster at whatever % you did for the OTU picking. If this is correct then you will have a similar table to the DADA2 table as the false diversity removed by the DADA2 will have been removed.

Thanks for sharing your nmds plots, @Estelle!

Okay that’s making a lot of sense then — non-phylogenetic metric will be even more sensitive to this effect than UniFrac (I predict) because each feature will effectively be considered equidistant in regards to similarity. So SVs that differ by 1 nucleotide (e.g., strain-level differences) are going to have the same impact on sample distance as SVs that differ by 100%.

That’s effectively what you are seeing here: Each treatment group has a distinctive feature profile but different “strains” (e.g., SVs with very few differences) are present in the different samples/technical reps, causing technical reps to cluster together.

I suspect that “treatment” is still separated by the x- or y-axis, so the dada2 results probably do replicate the same treatment effect, it’s just that your SVs are so sensitive that they also distinguish samples/reps! This result seems like a pretty good advertisement for dada2 to me (look at that technical precision!) but I can also understand if this causes some apprehension.

For the past many years we’ve relied on OTU picking for microbiome studies, so the noisy clusters we see on ordination plots have become ingrained as “normal” — data like yours may reveal the true potential of dada2 and other denoising methods for removing that noise, so it may look “abnormal” now, but is actually improving resolution. @Micro_Biologist makes a good point in this regard (thanks for bringing this us, @Micro_Biologist!) — OTU picking the denoised SVs (with q2-vsearch) and analyzing in the same way could indicate whether sequence errors masquerading as OTUs are responsible, or if OTU clustering “blurs” the data as we discussed. It is probably a mixture of both.

I will let the UniFrac developers defend their own method, but the main reason (in my mind) is in part what we are seeing here: on the one hand, accounting for phylogenetic distance between features will minimize the effect of “strain”-level differences (or so I suspect you might see a smaller effect in your data if you used UniFrac); on the other hand, it will magnify the effect of larger differences, helping differentiate other samples.

In many cases accounting for phylogenetic distance may be related to an assumption that features that are more similar phylogenetically will also be more similar functionally — but either way it can be a useful method for teasing apart some sample types.

At the end of the day it’s just another tool in our toolbox — and using different distance metrics to make informed decisions/comparisons can be very useful for inferring biological differences (just as comparing SV/OTU results can be very informative). Could be worth use here to support this inference (or completely refute everything I’ve just written, which is okay too!)