Hello,
I am doing taxonomic assignment to my features using Greengenes_13_8 database with 99_otu_taxonomy and 99_otus.fasta. I used both naive-bayes as well as consensus-blast method.

At first I obtained features having no species level or genus level taxonomic annotation. I understand this might be because some reference sequences are itself not annotated upto that level.

But I filtered my reference database and removed all the taxonomies and their corresponding sequences which were not having genus level or species level taxonomic annotation. (Just curious to know to which fully annotated taxonomies will my features represent, because a big chunk or I should say the most abundant features are getting taxonomic annotation just upto order/class level, we really want to look for in depth taxonomy to infer some information from that) I totally understand it is difficult to get species/genus level annotation using only 16S sequences.
But after the taxonomic assignment using both naive-bayes and consensus-blast using the filtered database I still get taxonomies up to phylum/class/order level.
Ideally it should give me the species level annotation.
Why does this happen even after giving a database which has all 7 level taxonomic annotation?

These are my commands and their outputs 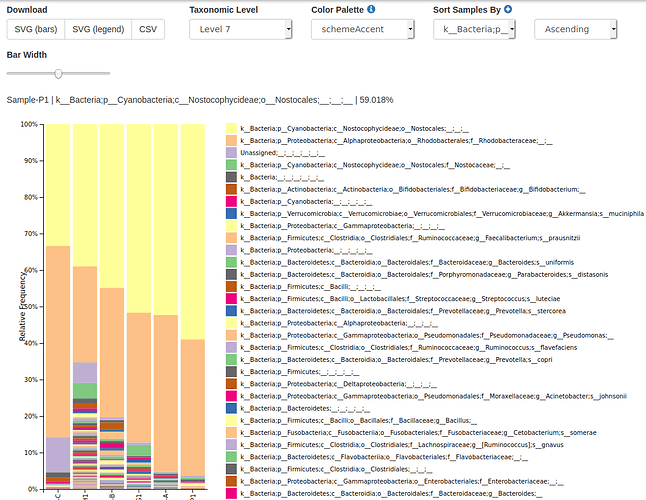 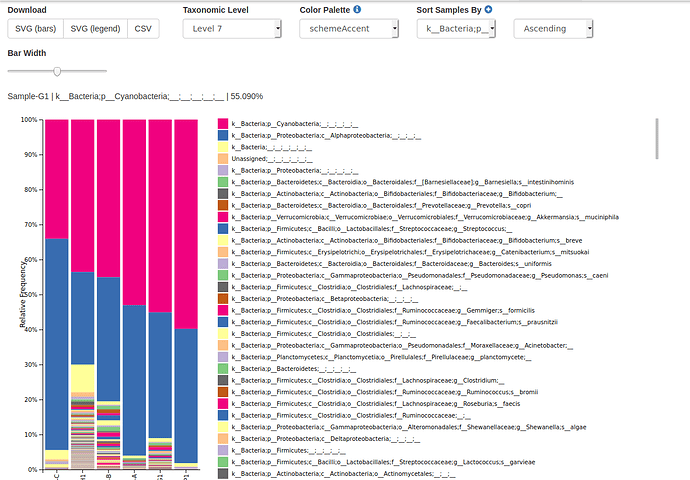 Why does this happen even after giving a database which has all 7 level taxonomic annotation?

This is quite common and you already gave the answer:

I totally understand it is difficult to get species/genus level annotation using only 16S sequences.

If you think there is a problem with the sequences, you can see this topic for some more details and troubleshooting:

Hi @Jasmine84, See this post. Depending on the length of your sequences, the primers you are using, etc, deeper than order level might be unreliable. On 250 bp 16S rRNA gene sequences, we can usually get genus level and some species with a good degree of reliability. The naive bayes classifier in QIIME2 is designed to be cautious and reliable, to avoid false-positive errors, but you can lower the confidence parameter to make it less cautious. If you have: only kingdom-level classification, …

That’s where I’d begin — look at the sequences that are underclassifying, since many of your classifications look good.