I have a question about which read lengths to accept and which to filter out.

Something that puzzles me is that i had previously mistakenly truncated 20 bp forward and reverse besides trimming 20 bp forward and reverse. In this setting, despite cutting 20 bp of biological signal, my read statistics look more consistent with the range being 210-408 and the 9-75% interval being 249-252. I would have thought that giving more of the reads would improve read statistics. --p-trim-left-f 20 --p-trim-left-r 20 does mean i cut the 20 bp at the beginning of the forward and reverse reads right?
and --p-trunc-len-f 0 --p-trunc-len-r 0 is intended for cutting the end of the sequence, that i have now opted out of.

With only trimming 20 bp the beginning i now have many more features 4040 vs 2814, so that seems to have improved…

Note that the q scores look good so (above 30) so i don’t have to cut anything at the end. I did it because i thought there was a reverse primer at the end of the read but there is not.

Thanks for your advice on filtering out read lengths.

Hi @MirjamBloem! Thanks for the detailed post, this is really helpful.

Taking a step back, what did the raw read lengths look like? Can you share some of the demux summarize results with us? In particular the read length distribution table. I am also curious about the denoising stats from DADA2 - that would be really helpful here, too.

Will wait to hear back from you. Thanks!

See below the demux summary information from the visualization (qzv) 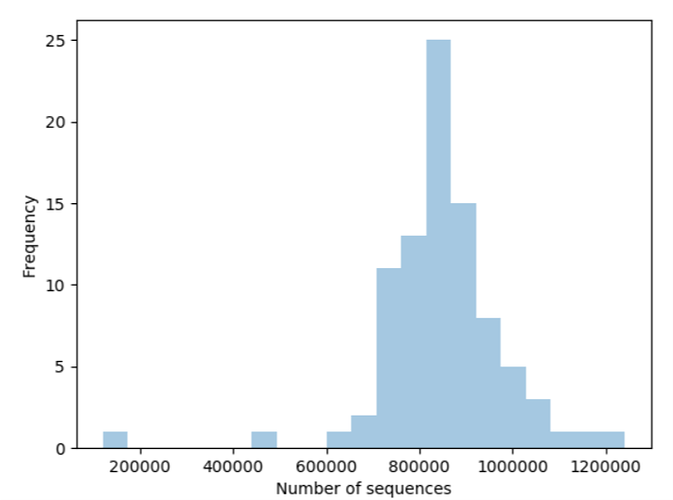 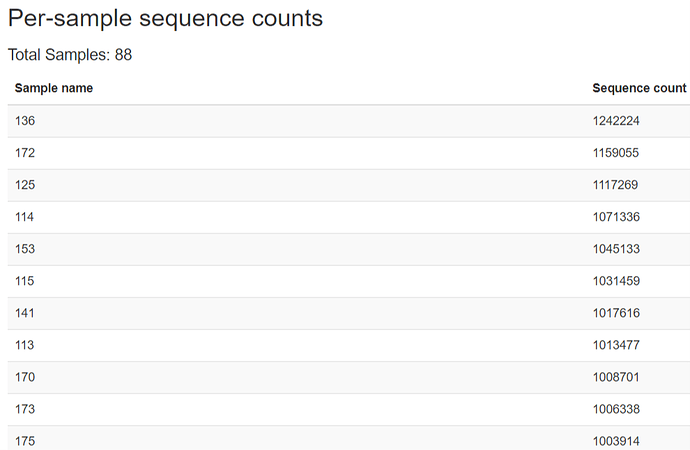 Here the denoising information for the reads only trimmed for the first 20 bp: 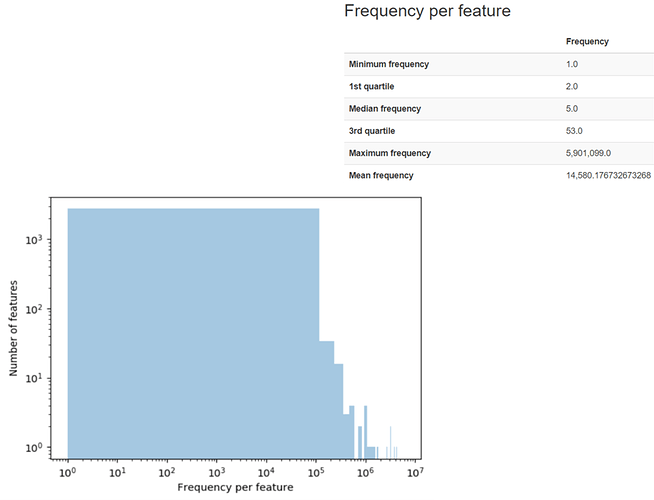 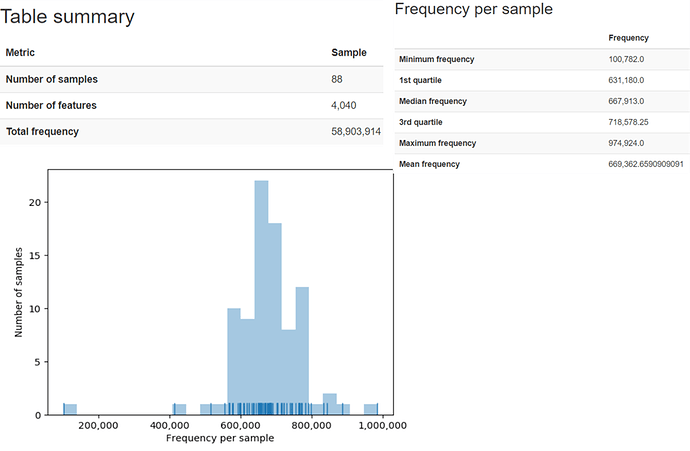 And here denoising information for the reads when first and last 20 bp were trimmed: 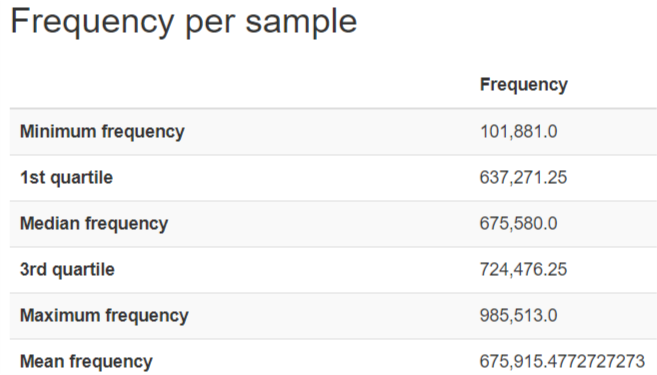 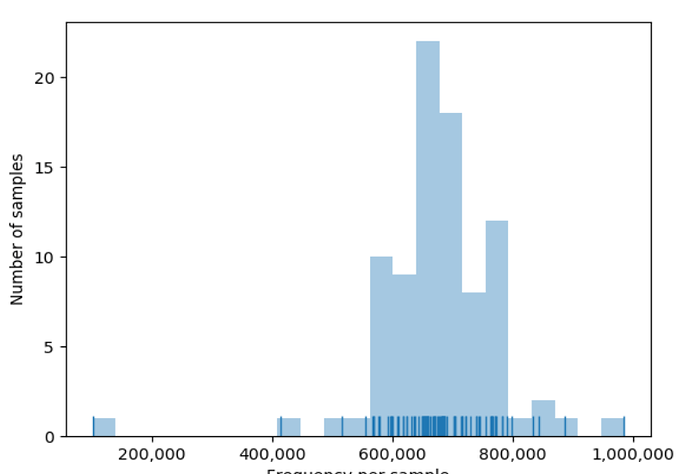 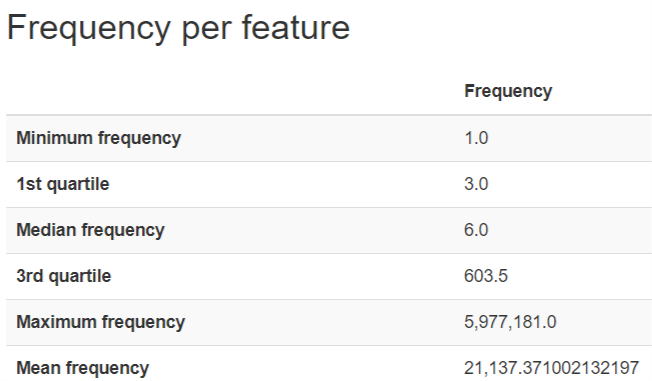 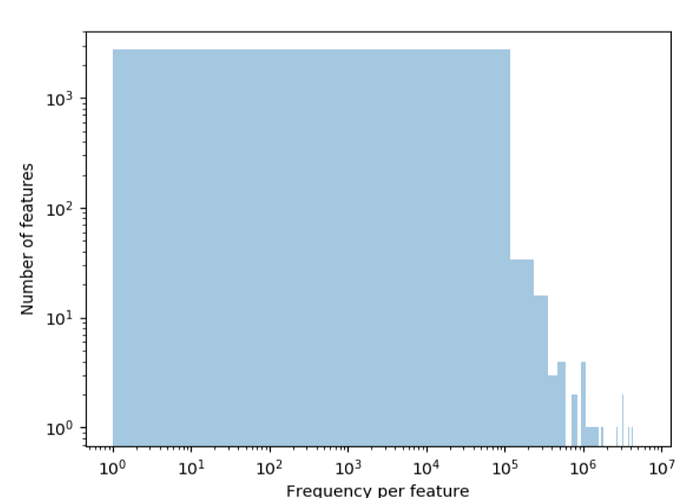 Regarding the above question and unexpected variation in bp length, I wonder if these sequences should be taken care of e.g. by removing them. Is this a common thing to do QIIME2?

Thanks @MirjamBloem - I am going to recategorize this as “General Discussion” - I misunderstood the initial post when I first replied and I thought that you were experiencing a problem, but it actually looks like you’re on the right track, and just need to spend some time getting up to speed on DADA2 - please let me know if I misunderstood. Thanks!

I wonder if these sequences should be taken care of e.g. by removing them. Is this a common thing to do QIIME2?

Hi @Joanna, it depends on the target gene and primer set used, but I am not sure I’d describe this as a common scenario. It is certainly possible to filter sequences by length, though! See here:

Filtering out ASVs from DADA2 based on length User Support

Just wanted to toss out one more option for length-based filtering: qiime feature-table filter-seqs \ --i-data seqs.qza \ --m-metadata-file seqs.qza \ --p-where 'length(sequence) > 4' \ --o-filtered-data filtered-seqs.qza This works by viewing the FeatureData[Sequence] as Metadata, and then using a SQL-where clause to compute the length. The advantage here is then you don’t have to export anything. This command above would keep any sequences longer than 4 nts.

Hi @Joanna, it depends on the target gene and primer set used, but I am not sure I’d describe this as a common scenario. It is certainly possible to filter sequences by length, though! See here:

@Nicholas_Bokulich thank you for your reply. So, in this particular example V4 region is used, so the expected length would be around 250bp. The percentile (see the picture at the top of this discussion or below this comment) indicates a bigger range than expected. I wonder what would you do in this situation? Would you leave as it is or it is better to filter them out based on the expected length?