How to remove certain species in sample through command/ pipeline

Hi guys. I have just recently learned how to use a QIIME2’s pipeline to do a part of my research study. The pipeline I used was found in the “Moving Pictures” tutorial. In my study, I have 14 samples which were analysed using that pipeline. 4 of the sample ID starting with E7, F7, G7, H7 were negative controls, so they were supposed to have no bacteria found in them. But when I got the taxa-bar-plots.qzv from Taxonomic analsysis, 3 of the control samples showed contamination with some bacteria. From the same graph, I found that the type of bacteria that had been contaminated with in each sample was:

My question is that, if there is a command or a pipeline where I can remove those three bacteria in all of the 14 samples, or if such a process is possible. I have tried to look around on the site but I couldn’t really find any. My reason is that the 3 contaminating species would likely also be found in the other samples where they shouldn’t be found if the samples were not contaminated. So I need to remove the 3 species in all my samples, then run through the pipeline again now with samples in the de-contaminated state. The end result I would like is in the new taxa-bar-plots.qzv graph, I should have an empty value in all the 4 controls.

Thank you for your contribution!
James

I have also included FeatureID (that I found in the "Moving Pictures" tutorial of the 3 contaminating bacteria, though am not sure about its relevance for this process. 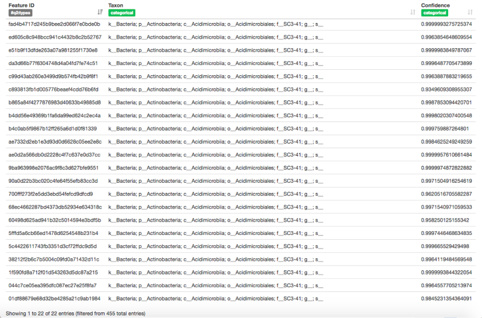 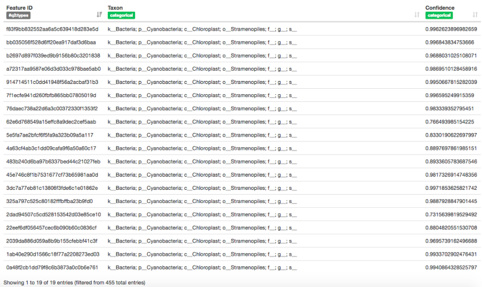 Hi @jms,
Though technically qiime2 does have the capabilities of removing specific features (see here for tutorial) the idea of subtracting negative control features from your samples is not advisable.
This topic has come up on the forum quite a bit and unfortunately there doesn’t seem to be a great way to deal with it as of yet. See this thread for a great discussion on the topic. Hopefully that can help.