A small suggestion on the heatmaps generated by gneiss dendrogram heatmaps. When processing subsets of my data (filtering with feature-table filter-samples) and provided with my complete metadata file, the generated heatmaps contain large areas of white space: 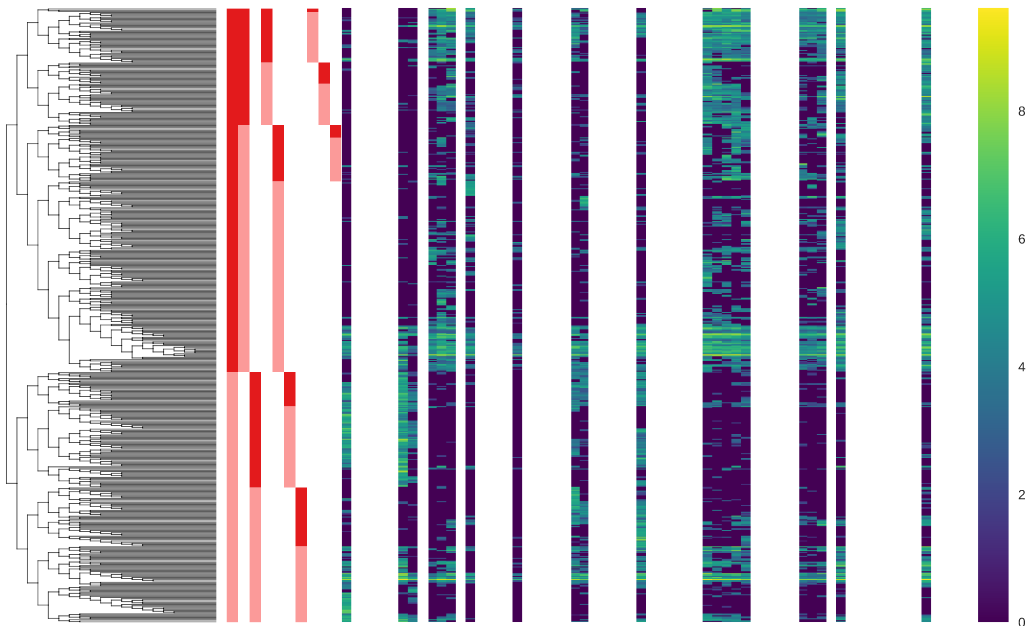 However by generating a reduced file with only the metadata for the relevant samples, I can reduce white space: 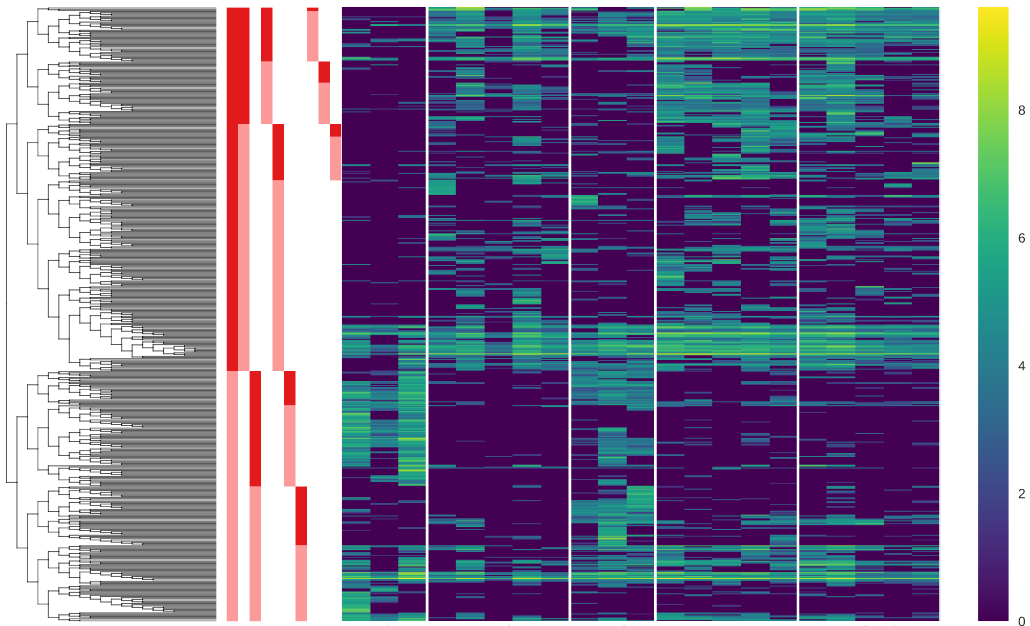 Hi @five. Thanks for reporting this – this would be certainly advantageous to have resolved. Could you specify the input files / command used to generate this plot?

I think I found a corresponding open issue on the q2-gneiss issue tracker. It sounds like if the sample metadata is a superset of the samples in the table, those extra metadata samples can be filtered out by q2-gneiss – this is generally how we’re handling metadata supersets in QIIME 2 (QIIME 1 often behaved this way too). @gregcaporaso is working on adding an API on the QIIME 2 Metadata object to help with this so it should be an easy fix.

We’ll follow up here when it’s fixed in an upcoming release!

Hello @mortonjt, as @jairideout described on the issue tracker, the metadata for my first plot (upper in original post), is a superset of the samples used in the analysis.

The commands used to generate the two plots followed the form of:

The only difference between generating the plots was the provision of a different metadata file, which I reduced (outside of Qiime2) to only the relevant samples. The other inputs (table, correlated hierarchy) were the identical.

Thanks @five, we will update you as these suggestions become available in the future!!

The QIIME 2 2017.8 release is live and includes the q2-gneiss metadata filtering bug fix!