In the FMT tutorial, denoising is done with DADA2 denoise-single.

However, in the original paper it says:

A 16S rRNA library for MiSeq Illumina platform was prepared according to the protocol from Earth Microbiome Project. The barcoded primer set 515f-806r were used for pair-ended sequencing to target the 16S rRNA V4 region

EDIT: The raw, unpaired fastq files are in the starting node of processing network: 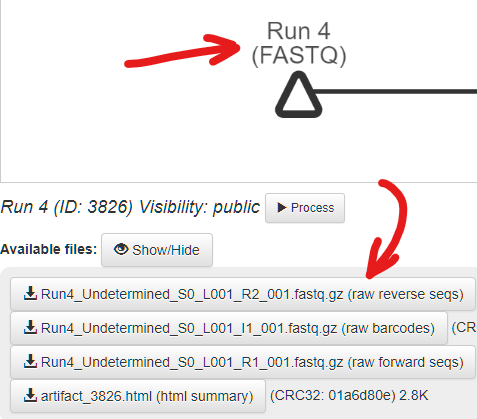 I looked up the study in Qiita, but can't find the paired-end data anywhere.
Does anyone have the paired end data for this project?

Does anyone know why only the forward reads are used in the official FMT tutorial?

The dada2 denoise-single was used because the reads were 2 x 150 and using only forward reads avoids possibly losing reads due to merging.