See image (captured screen) - the entire group is split in two categories (sphere vs cube), that colored by 3 groups (blue/red/orange). seems like the hue is lighter in the cubes (so much so that orange became yellow).

Also - I'm sure you have higher priorities, but would be nice if shapes (spheres) would become 2D when disabling the 3rd axis. 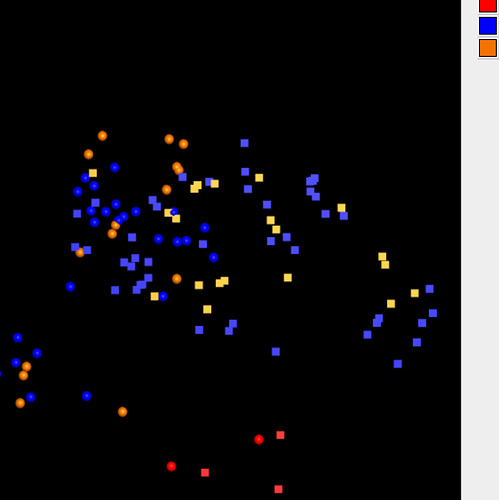 Thanks for reporting these problems @Gil_Sharon.

, however I don’t have a good idea of when I might be able to fix this. For now, we have two issues in our tracker, one for the 2D glyphs, and another one for the color distortion.

@Gil_Sharon I am happy to let you know that we’ve pushed a fix for this problem in the development version of Emperor. This will likely make its way into QIIME2 by the end of the year.

This is the specific PR.

QIIME 2 2017.12 is now out, and it includes the latest release of Emperor, which includes this fix!