I am running dada2 for denoising my data 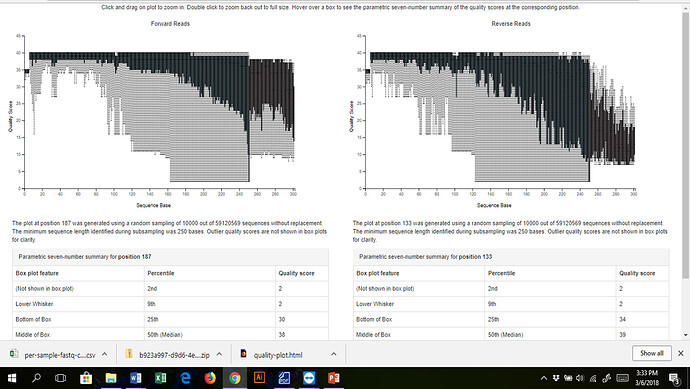 I run the follwing command

I am refering to this discussion

Hi, I am working with paired end reads that have been demultiplexed but have not undergone any other processing by the sequencing company (so primers/adapters are still attached). I imported using Phred33 manifest file. The graphs of the unjoined sequences are below: [screenshot] [R1R2] Based on this comment, I ran the following DADA2 command, using a smaller truncation parameter for the reverse reads based on the graph (Do I need to remove the primers/adapters first? I did not... I see fro…

in dada2 original tutorial, there is an option of truncating f and r separately before merging.

Could someone please explain?
Thank you so much in advance