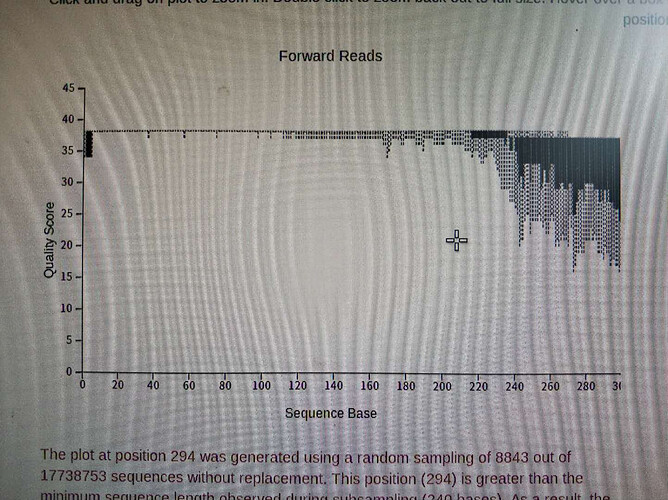 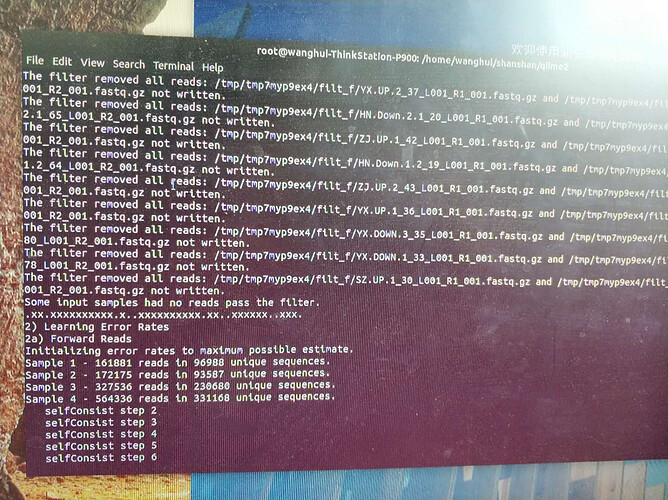 It’s not unusual for DADA2 to take some time in QIIME 2, but I’m a little concerned about your samples being dropped by the filter.

What is your amplicon, and what (if any) processing was done prior to DADA2?

For example if you were doing ITS, you’d be trimming off the reverse complemented reverse primers on your forward reads and vice-versa, but then you would set a trunc-len of 0 to disable filtering since you don’t expect your amplicons to be the same size anyway.