I build the rooted-tree.qza according to the tutorial, and then calculate the core diversity, but when I open core metrics results / bray_ curtis_ distance_ matrix.qza I found that the distance between groups was 1. I think there is something wrong with this result, but I don't know where the error is.

Are you just following along with a tutorial, or are you using your own data? Either way, which tutorial are you looking at? Please share the exact commands you ran to up until this point.

I used my own data and the running process referred to the mouse tutorial. My data is paired and import in manifest file format.

First, I ran the command:

And then I run the command to build the system development tree:

Finally, I ran the following command to calculate the core diversity:

So I got bray_ curtis distance matrix, but found that the distance between groups is 1. I think this is abnormal. In addition, I also found that table.txt In the file, each OTU appears only once in a sample group, which is also abnormal.

I don’t know why this problem appears and I can’t solve it. It bothers me. 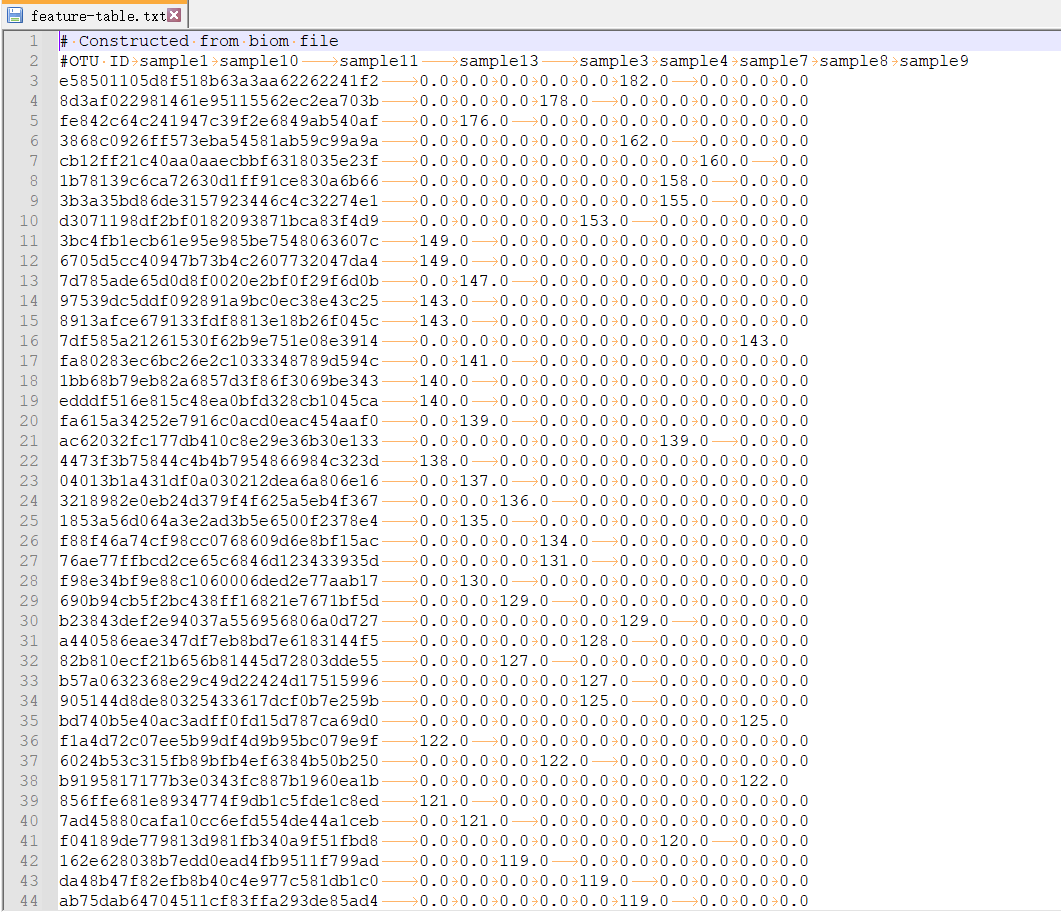 This is the content displayed in the feature table file that I exported from qiime2. Each OTU appears only once in one sample, which is incorrect.

Are you able to share the visualizations generated by qiime metadata tabulate and qiime feature-table summarize? You can send them to me in a DM if you’d like.