First of all, I would like to thanks to all those who tried hard for releasing of the new version of QIIME!

My aim to open this topic is to have a comparison between some outputs of QIIME 1 and QIIME 2 (v2.9.1).

The analysis has been done by two different person. The outputs are very different with each other and I am looking for the reasons of these differences.

First, I will give some general information about the data but if more information needed to be given I would be happy to do that.

There is 48 samples that after preparation the library for 16S rRNA gene, they sequenced on MiSeq using a 300 bp paired-end.

Reads are de-multiplexed based on Illumina indexing system.

The two important procedures that has been applied in qiime 2 are the: 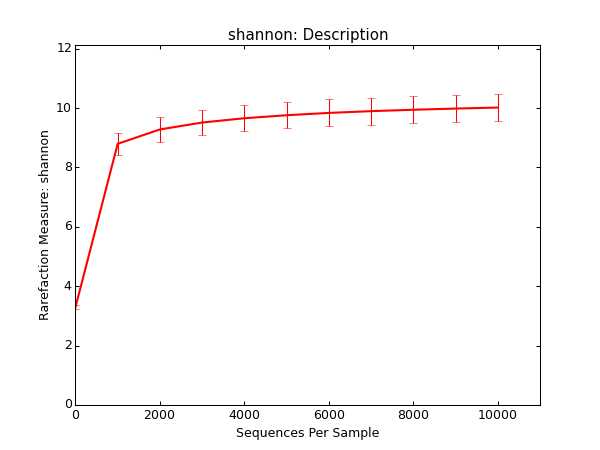 - Beta diversity
a) Qiime 2 (Bray-Curtis)
As you can see, the percentage of axes in PCoA is defferent between QIIME 2 & 1. What could be the reason? 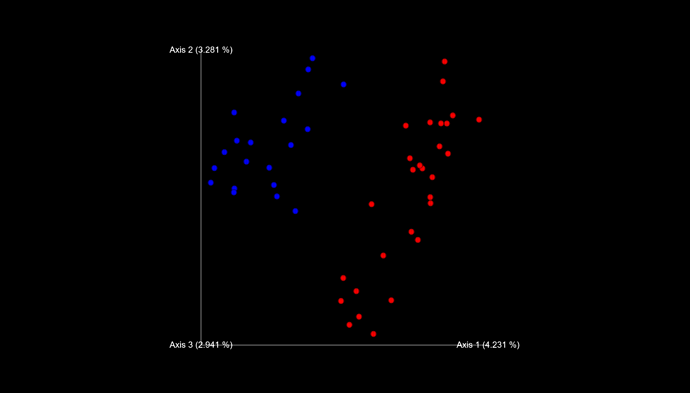 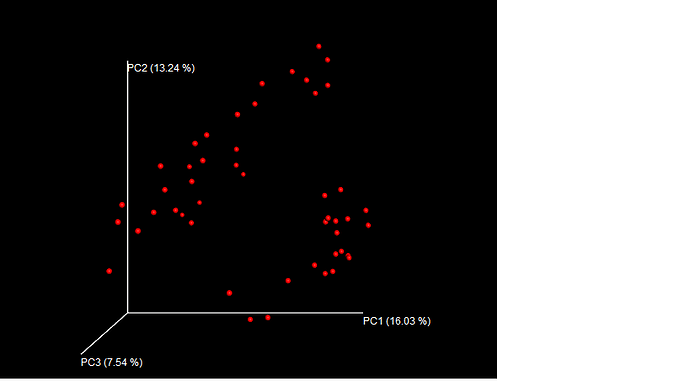 Hi @ari_sh70,
There is one reason why your QIIME 1 and QIIME 2 results will never look the same (using the methodology that you described): because QIIME 1 is using OTU clustering, and QIIME 2 is using dada2 to denoise the data.

a) Qiime 2 Shanoon Rarefaction and sequence depth
As it is clear from the photos, the two graphs are very different, why could that be?

OTU clustering is known to inflate estimates of alpha diversity. Denoising methods attempt to remove those spurious sequences instead of collapse them into arbitrary OTUs (some of which absorb that noise, some of which are too noisy to cluster into a “correct” cluster). So the higher Shannon H with QIIME 1 is expected.

As you can see, the percentage of axes in PCoA is defferent between QIIME 2 & 1. What could be the reason?

Because none of the feature labels are shared between the QIIME 1 and QIIME 2 samples so there cannot be any similarity between them. OTU clustering with QIIME 1 will assign an arbitrary feature ID to each feature, and denoising methods in QIIME 2 will assign a hash ID based on the sequence. So Bray-Curtis cannot compare these samples.

I hope that helps clarify!

Thanks so very much for your explanation.

I still have a question.

In your opinion which result can we trust on (why?) and use for publication?

In your opinion which result can we trust on (why?) and use for publication?

Both. QIIME 1 will have inflated alpha diversity, which can be addressed with aggressive abundance filtering, but otherwise the results are not “invalid”.

Given that QIIME 2 implements the latest and greatest methods, and QIIME 1 development ended years ago, I’d say QIIME 2 will yield the “better” results, i.e., ASVs with better resolution, more accurate diversity estimates, newer taxonomy classification methods, etc. But you can “trust” both, and you should be able to replicate more or less similar results (beta diversity differences, taxonomic composition) with the two platforms, even if they will not be exact replicates.