My question is, do any of these two methods work to show significant "similarity" or is there a better test out there? 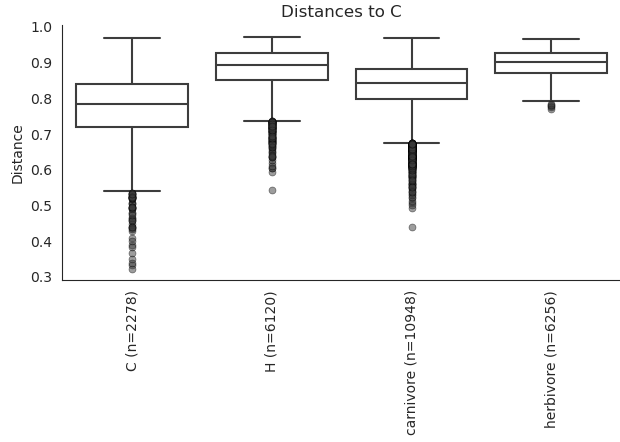 I'm not a card-carrying statistician, but I found this helpful and thought I would share:
‘‘Not Statistically Different’’ Does Not Necessarily Mean ‘‘the Same’’: The Important but Underappreciated Distinction Between Difference and Equivalence Studies (PDF)

For the equivalence trial, the null hypothesis is that |Mean1 – Mean2| >= d, where d is
a prespecified threshold equal to the largest difference that is still considered to be ‘‘clinically meaningless.’’ Deciding on this threshold (d) is a difficult and critically important aspect of the equivalence design. It serves as the operational definition of ‘‘the same as.’’ The alternative hypothesis is that |Mean1 – Mean| < d, or that the confidence interval for the difference between the means falls within the prespecified threshold.

I'm interesting to see if we can get a statistician to 'qiime-in' on this question.

Thanks for the input. Most of my research is constantly trying to show differences so that article is very relevant for my efforts in this case. However, I guess in my case my groups are all "significantly different" and I want to show that two of them are less "significantly different" than the rest. Or more simply put, how can I show that they are closer together on the darn PCOA plot in a quantitative way ? Does comparing the F values from the Permanova test suffice?
Thanks,
Sam

So I graphed the distance matrix as a heatmap. Brighter colors show greater differences, and you see that the start-to-end is much larger than start-to-start or end-to-end, because it's 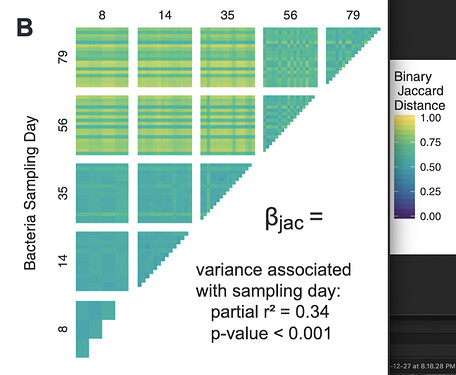 Here, I'm reporting a vegan::adonis() test, but you could also do a t-test comparing the means of start-to-end vs start-to-start to show their difference. This is pretty much what diversity beta-group-significance does!

Does comparing the F values from the Permanova test suffice?

Sure, you can think of the pseudo-F value as measure of effect-size. link

I'm basically trying to reframe my question so I can compare means and use a normal stat test.