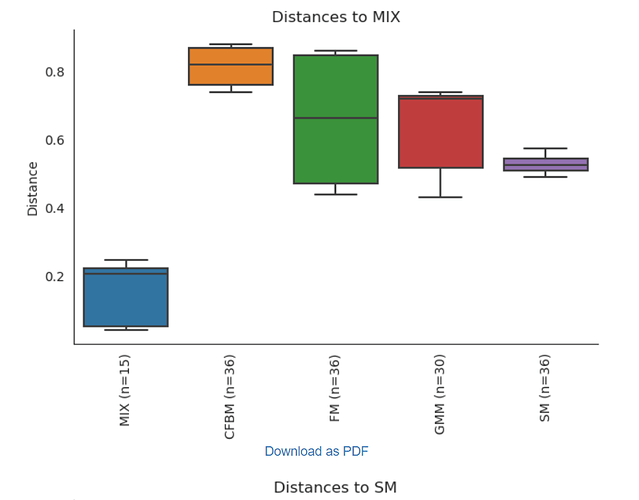 Re PCoA: PCoA plots are not meant for statistical reasoning - due to the nonlinearity of distances used in the analysis (Bray-Curtis, UniFrac, etc.). We can say that if the points are close they're similar, but when the distances increase the interpretation becomes complicated.
Additionally, the human eye is only able to precisely estimate distances in 2D. In 3D it is tricky.
I advise using PCoA and other dimensionality reduction techniques for exploratory data analysis or data visualization.

Re boxplot + distances: the whiskers are less significant than boxes in that case. The GMM group is skewed (median in high), so they're definitely > SM.
For comparing SM and FM you may just subtract (SM - FM) and see if the distribution of differences is more on the positive side or negative side.

Thank you very much for your help @crusher083