Zooming (out) with Emperor

Zooming (out) with Emperor

Is there a way to adjust the zoom in q2-emperor? I ask because some of my Emperor-visualizations are generated too "close" to the plot, making it impossible to get an optimally useful angle.

An example, from a biplot: 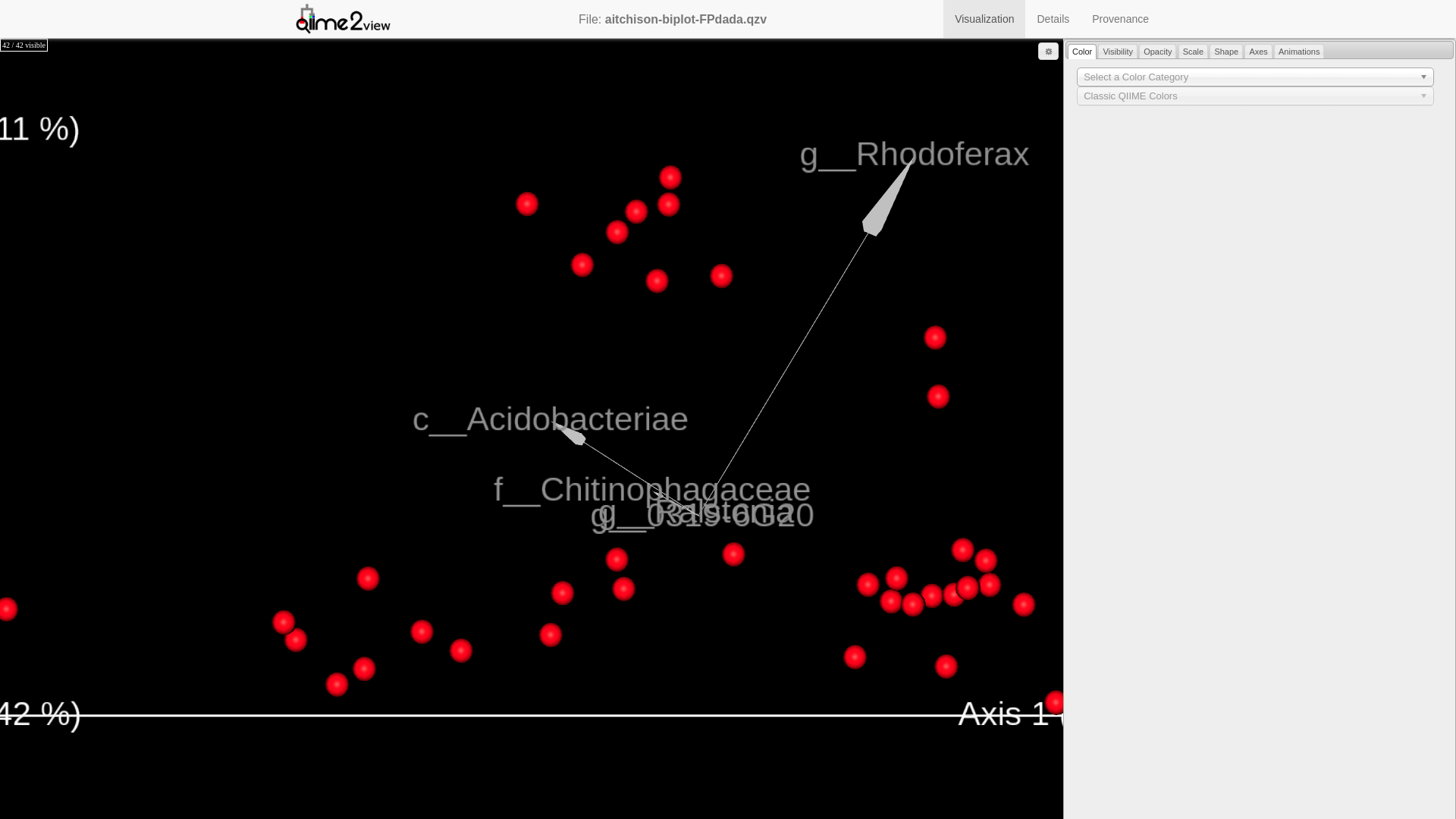 Screenshot from 2021-06-18 09-10-491920×1080 164 KB
That's what I see first of all, and consequently---to take just one problem---I can't see the tips of all three axes at once while simultaneously having a useful view of the samples. The frame of the visualization seems to have cut as nearly as possible to the two most distant samples.

And I know Emperor can do what I want, because with the same samples, Emperor also gave me this biplot: 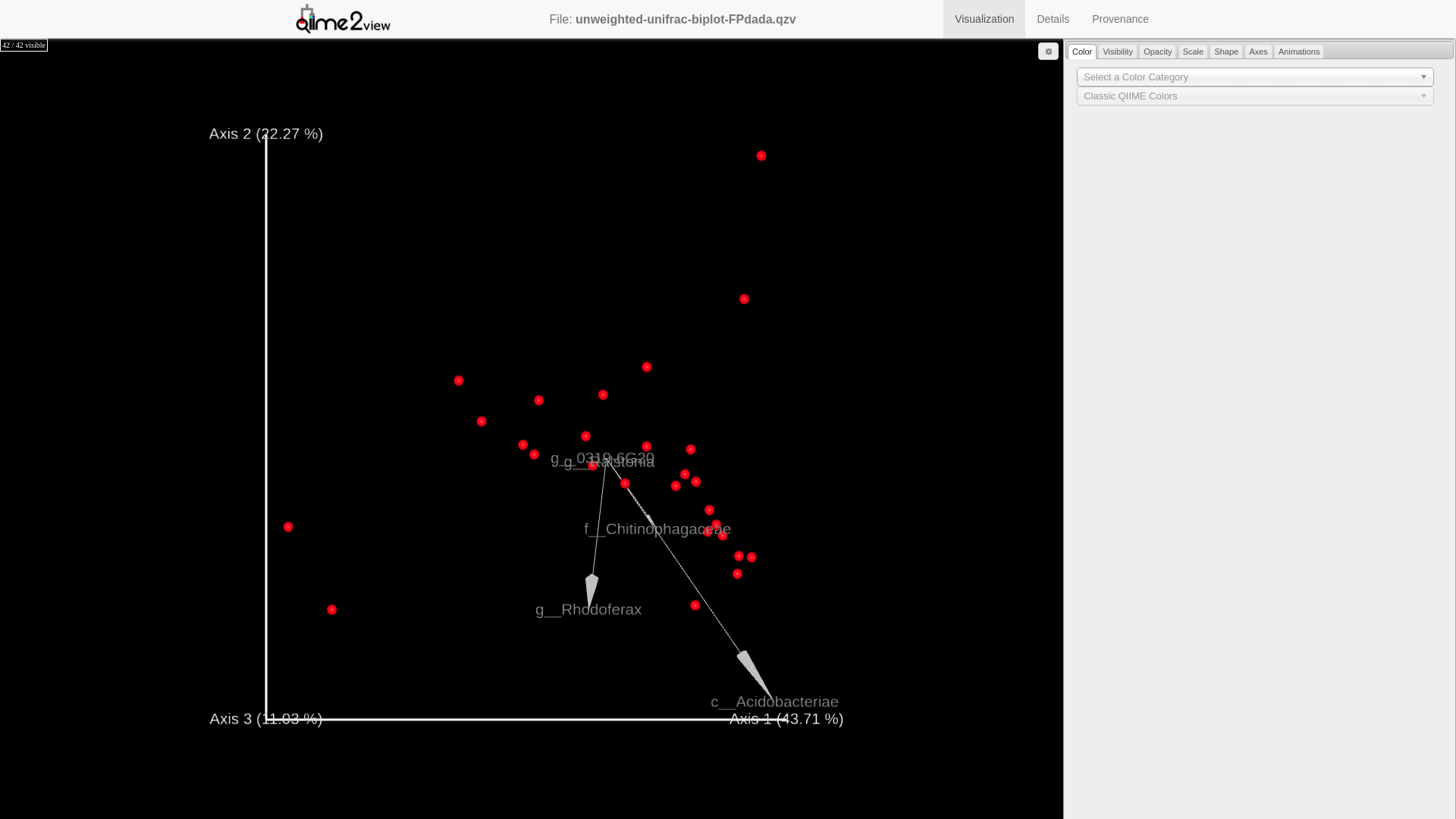 Does anyone know a way to zoom out, or more generally, to adjust the zoom/frame in Emperor? Or failing that, if I export the biplot.qza and get the ordination.txt as a result, who knows if there's some other resource I can plug it into and get another try at this plot? I couldn't seem to find an answer in the forum or documentation, and am asking in this category thinking q2-emperor is a core rather than a community plugin. Running qiime2-2021.2 in conda.

Is there a way to adjust the zoom in q2-emperor?

If you have a mouse with a scroll wheel, put your mouse over the plot and scroll down to zoom out and up to zoom in. On many touchpads there is similar support, for example using 2 fingers on an Apple touchpad emulates the scroll-wheel functionality.

The camera controls are listed here:

Also, another potential option is to open your plot in the experimental Vega editor: 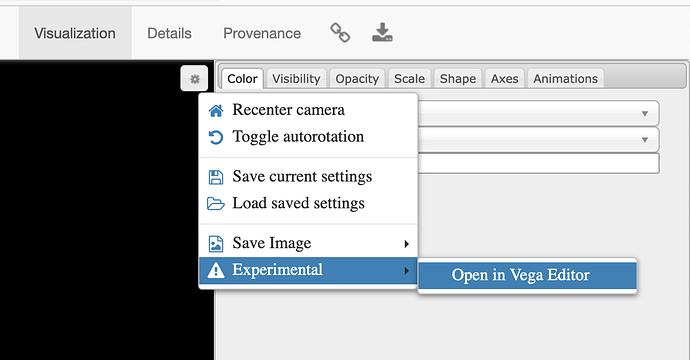 PS - on a general note, it looks like something might be off with how Emperor is computing/measuring your computer's screen resolution - the size of the plot text is huge compared to the control text, on the right hand side of the screen. Which size text is more common on your computer, the large text in the plot, or the small stuff on the right?

Once again, I'm grateful to you for something so obvious in retrospect. Scrolling worked.

So I don't need to try this experimental editor---but I can't try it anyway. Possibly a tangential problem. Behold: 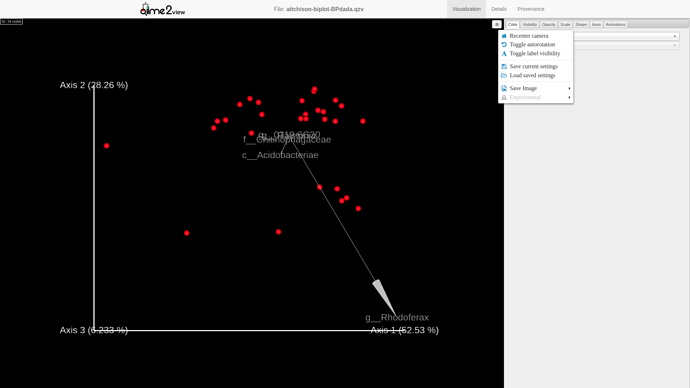 Thanks as always, and for your promptness as well.

Would I need a special plugin for that?

Sorry, I hadn’t noticed that you have a biplot - vega is not available for biplots, scratch that other suggestion.