The model works very well at predicting, but usually the "accuracy.qzv" shows a nice 'confusion matrix'-like plot. But the squares are stretched out vertically. I think it it because the y-axis is set at at '0' and 'Max', but would require a 0.5 offset to look square. 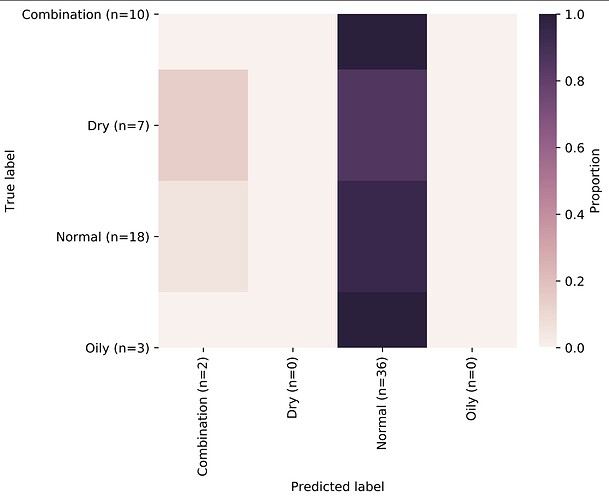 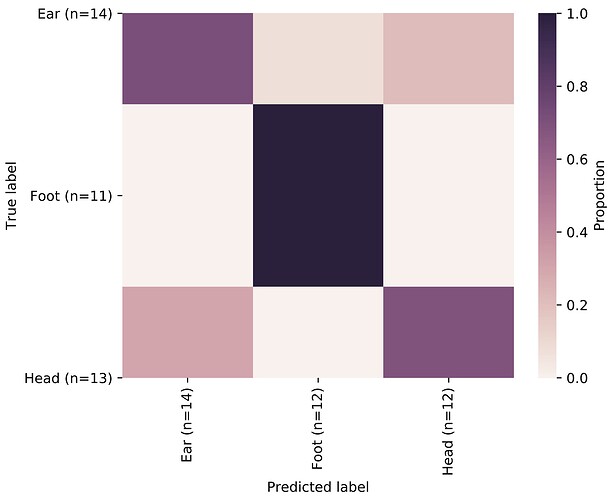 I have found a way to replicate the plot (but in Excell).

If anybody has a fix for this, would be much appreciated!

If anybody has a fix for this, would be much appreciated!

Yes, this has been fixed in the most recent release (and since 2019.10) — specifically, it is a bug in an older version of matpotlib (the graphics package used to generate this plot) and can either be fixed by installing the latest version of QIIME 2 (which ships with the correct matplotlib version) or by upgrading matplotlib.

Thank you for the fast reply. I am using a computing cluster server and… can only use the ‘module’ for qiime because the conda install doesn’t work (and I am stuck with q2019.7).
And on my laptop, qiime doesn’t like tables (and other artefacts) from other versions! (Do you think I can import my table.qza to a new version of qiime? With a command like ‘qiime import’)

But in any case thanks for the answer!
Best regards, -JA

And on my laptop, qiime doesn’t like tables (and other artefacts) from other versions! (Do you think I can import my table.qza to a new version of qiime? With a command like ‘qiime import’)

Hi! I figured out how to import. Had to unzip the ‘table.qza’ to get the ‘.biom’ file.
Tried the command:

Anyways, it ended up working, thanks! Didn’t have to re-import and re-cluster ASVs.

Have a great one, -JA

Just as a note for future readers of this thread - exporting and re-importing is not necessary.

It is not the first time I tried importing from versions to versions and never could import the ‘table.qza’ as is. I Thought of unzipping and getting the “feature-table.biom” today and it is the only way I could transfer the table. The command to import as I previously posted doesn’t work in my experience (the command expects a biom file)
But I have to agree that the whole “importing the table artefact from previous version of qiime” is not relevant to make the “sample-classifier” module.
In any case, thanks a lot!