Using SEARCH and MUSCLE in qiime2

Hi, I would like to run SEARCH and MUSCLE from within qiime2 but they are not listed as plugins yet and I am not really sure how to start. If I download them can I just run them directly form the command window? What is the process for adding them in?

Hi @annat! Unfortunately, we don’t have QIIME 2 plugins for those tools yet. You can export your data from QIIME 2, and then load this up into either of those tools. We aren’t able to provide support for these tools (including installation), since we aren’t the developers of them, but, perhaps in the future we will have Q2 plugins for them!

presumably QIIME2 developers feel you can do similar things with the available plugins in QIIME2, such as VSEARCH. However in the documentation about the plugins there isn’t any reference for their development (like there is with USEARCH for example (Edgar 2010)). As I am new to bioinformatics and QIIME and QIIME2, I am not finding the available information on the QIIME website enough to understand what the plugin does exactly (e.g. for VSEARCH: https://docs.qiime2.org/2017.10/plugins/available/feature-classifier/classify-consensus-vsearch/). Where can I find more information on what the available plugins are actually doing and how they perform?

Hi @annat - I would suggest starting here. We have lots of great docs available, and several detailed tutorials. i think spending some time working through those tutorials will get you up to speed on the ethos of Q2.

As far as your specific mention about vsearch in use in the the feature-classifier classify-consensus-vsearch method — that particular method uses vsearch for classification purposes. As you learned in your other thread, this method leverages vsearch a part of the overall computation. It could just as easily have used some other tool or technique — what I am trying to say is that even though this one method uses vsearch, it isn’t the only place in QIIME 2 that you might see vsearch pop up! Some plugins in QIIME 2 basically just wrap a tool, while others perform very specific tasks, and others do a bit of both. By reviewing the resources I pointed you to above, I think that you can become familiar with QIIME 2 and the available plugins, and what it is they do.

If you get stuck or have any questions, you know where to find us!

I think VSEARCH includes excellent documentation, once you find it! You can download the usearch manual PDF from release page, or by clicking here.

If you have any questions about vsearch, you can post them on the vsearch forums. The devs are really helpful. 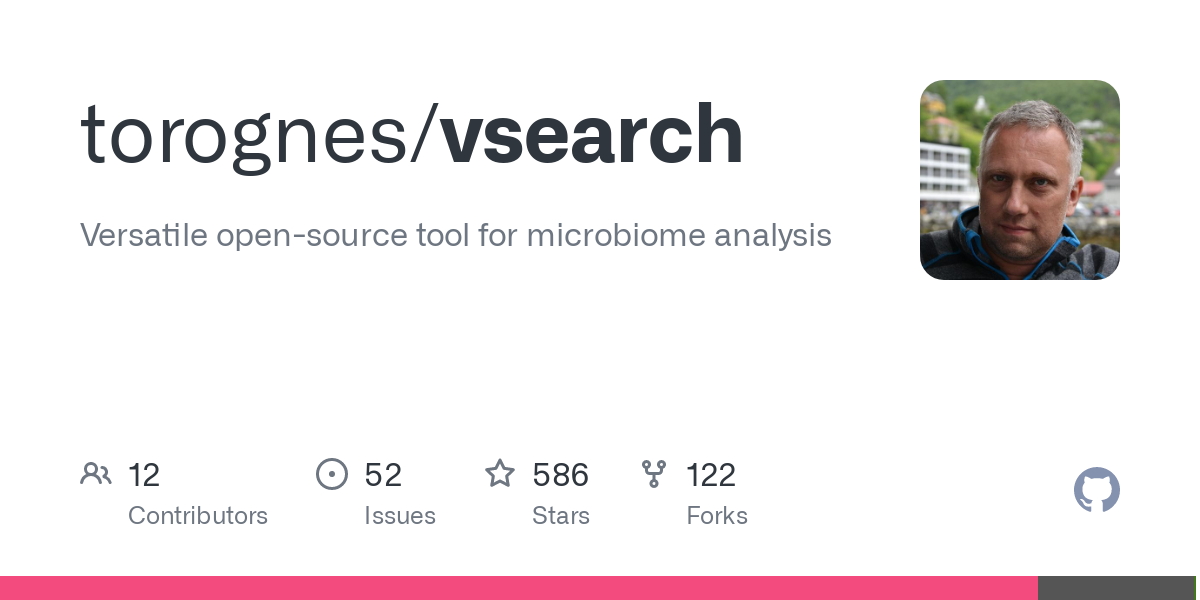