I am running a QIIME2-2021.4 Virtual Box with linux environment on WSL2. I am attempting to duplicate the results of a paper for a larger meta-analysis effort. Their methods are as follows:

Primers, 27F and 534R were used. Sequences were quality trimmed (Q20) and reads shorter than 200 bases were removed. Due to amplicon size and quality trimming, forward and reverse reads could not be consistently merged, thus only the forward read was used for analyses. Subsequently, each sample sequence set was sub-sampled to the smallest sample size to avoid analytical issues associated with variable library size. Sub-sampled data were pooled and renamed and clustered into operational taxonomic units (OTU) at 97% similarity. 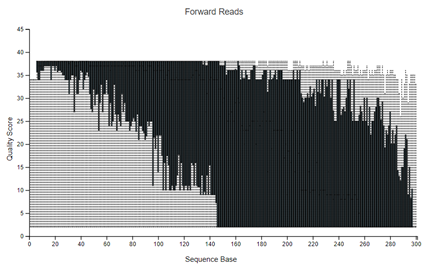 Downstream when I attempted to visualize using qiime taxa barplot, only 2 samples had any sub-classification beyond domain. I also tried to cutadapt to remove non-biological sequences which wasn't fruitful. 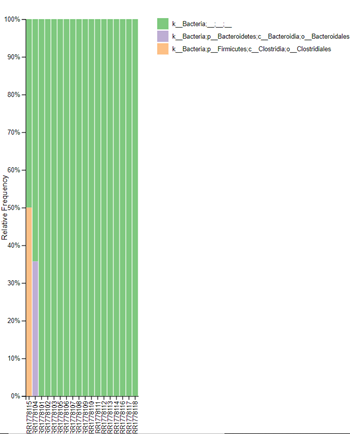 Any suggestions on troubleshooting would be welcomed!

Hello!
To help the community to troubleshoot this issue, it would be very useful also to provide an information about how you performed taxonomy classification, against which database and targeting region. Did you train the classifier, or used pretrained one?

Hi @horsemant
I am apologizing for a long silence.
I asked for advise from other moderators and now will copy and paste some hints I received: