I done the qiime vsearch join-pairs \ command to join my forward and reverse reads (produced by Miseq) and this is the result. 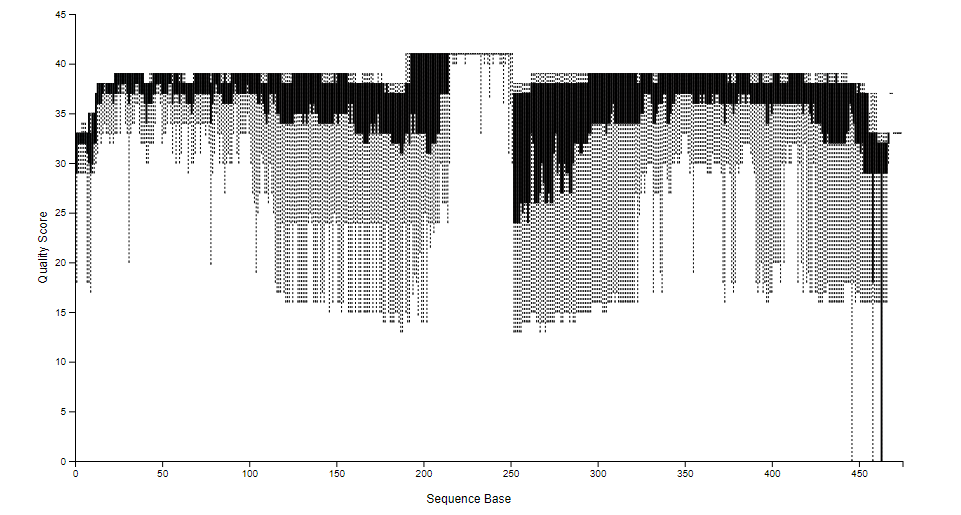 You can’t run dada2 on pre-joined reads. If you want to denoise pre-joined reads, you should use Deblur. Dada2 does all the processing of the reads and requires raw, noisy, unjoined data.

In this case, I think I would either denoise on your forward reads alone, or trim the in the range of 350.