So I started with a tutorial “Moving Pictures” tutorial — QIIME 2 2021.4.0 documentation

It worked well at the beginning until classification but let’s worry about this later.

When I wanted to start with my samples, I got lost in the very first steps.

First of all, I have 52 files (Paired ends 26 R1 and 26 R2), format fq.gz, the sequencing company specified in the read me that these are (Read sequences with barcode and primer removed). 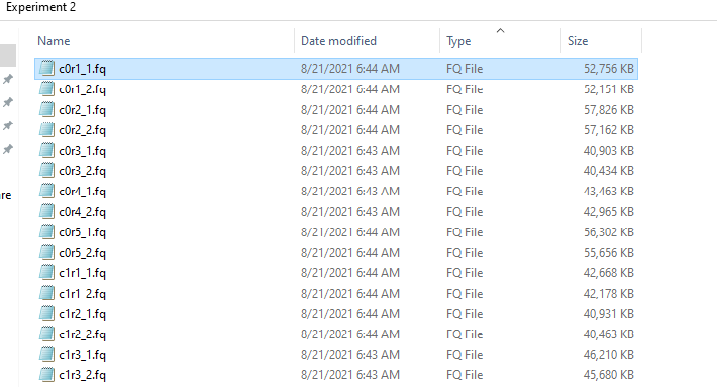 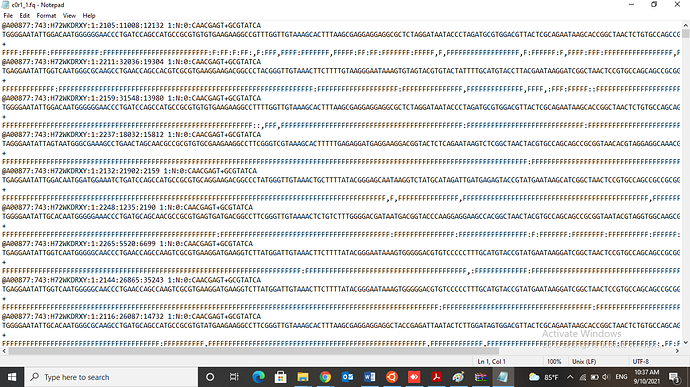 So I should import them as paired-end demultiplexed fastq?? Right? Zipped fg.gz or unzipped fq?
I used this command
wget \

Here are the screenshots of what I started.

I got a link of my samples fg.gz format from google drive. 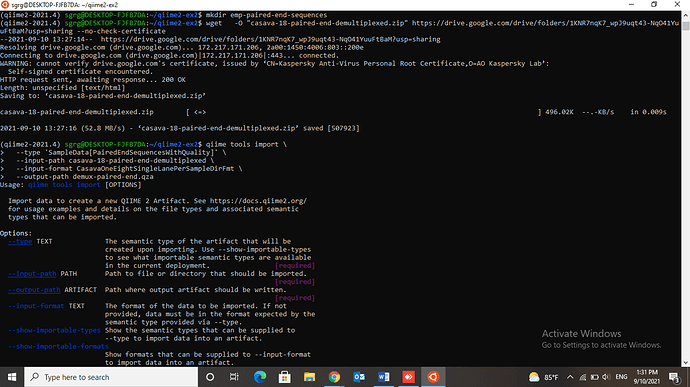 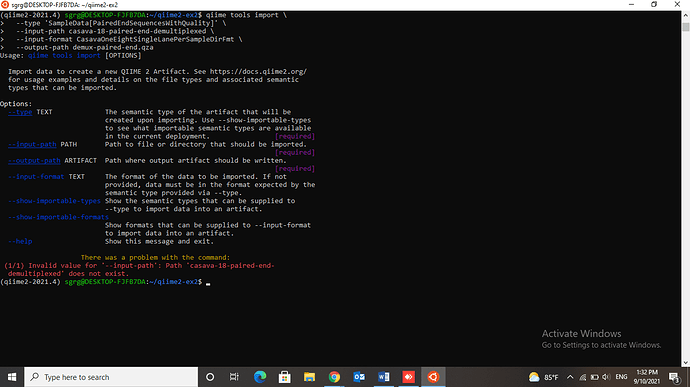 Could you please advise? what did I miss?

Hi @Steph ,
This question is a bit cluttered cluttered, so I'm not quite sure what you're asking. I'll start with your error message in the last screenshot. If you have further questions, please re-ask them after this one's resolved.

In your last screen shot, the error message is telling you that the path (the technical word for a file name) doesn't exist. That either means you are giving the computer the wrong "address" for the file, or that you misspelled it. Here, I think it's just a spelling issue. Look closely at the file name you downloaded, and at the name you typed in. There's something missing, and I'm sure you can spot it!

My best guess is that the following statements are true:

If the following information above is true, I think you can take the following actions and you should be ready to start up successfully:

For the example data
Once you have downloaded the .zip file, you need to decompress/unpack it. You can do that by typing the command below. Note that after executing this command you should see a new folder with a similar name: casava-18-paired-end-demultiplexed.

Look for a directory named casava-18-paired-end-demultiplexed. If you go into that directory, you should be able to see all the various .fastq.gz samples/files. You can view these .gz compressed files on your computer either by decompressing them by clicking on the file names in a window (which will decompress them for you) or by using a command line command to do so. If you want to just peek at the file rather than decompressing it entirely, just to get a sense of what these example data look like and how they compare to your own files, you could execute this on a 'nix device commonly found on Mac or Linux machines:

Your own data
You can't import .zip files, but you can import one or more .fastq or .fastq.gz files following the documentation I linked above. The way I tend to do it is described in this section of the import documentation. What you end up doing is creating a single text file - in QIIME terminology it's a manifest file - and that file contains the absolute (full) paths to the file names of every file.

In the screenshot you provided, the files all appeared to be of a .fq extension, which indicates to me that you have likely already have access to each file in some directory/folder on your computer. If those files do not currently live inside a .zip file, proceed to creating the manifest text file and follow the import documentation from there. However, if the files do for some reason live in a .zip file still, just unzip them using the example I've shown above with unzip, and then proceed to creating a manifest file using those new file paths.

Hope that covers it. Good luck