So I am still pretty new to qiime and microbiome analysis in general. I am at the end of my analysis but I have a question on the results and a few things I couldn't find in the forums or documents. I am interested in studying the changes in gut microbiome over time in relation to weight gain. I have a sample of about 130 college students from the beginning and the end of each semester of their freshman year. To explain some of the variables, participants were put into groups (weight loss, weight gain or weight maintenance) based on how their weight changed over the course of the year.

As an example I have attached my commands for first differences jaccard and first distances jaccard with the corresponding LME commands and results. I couldn't find any documentation that went over the units for the coefficient for first differences and distances, which is also contributing to my confusion as to how to interpret all of this. For example, are the First Distances Jaccard LME results telling me that the rate of change in the weight loss group (when compared to the reference group of weight gain) is increasing by that coefficient or that the distance between the weight loss group and weight gain group is increasing by that coefficient? 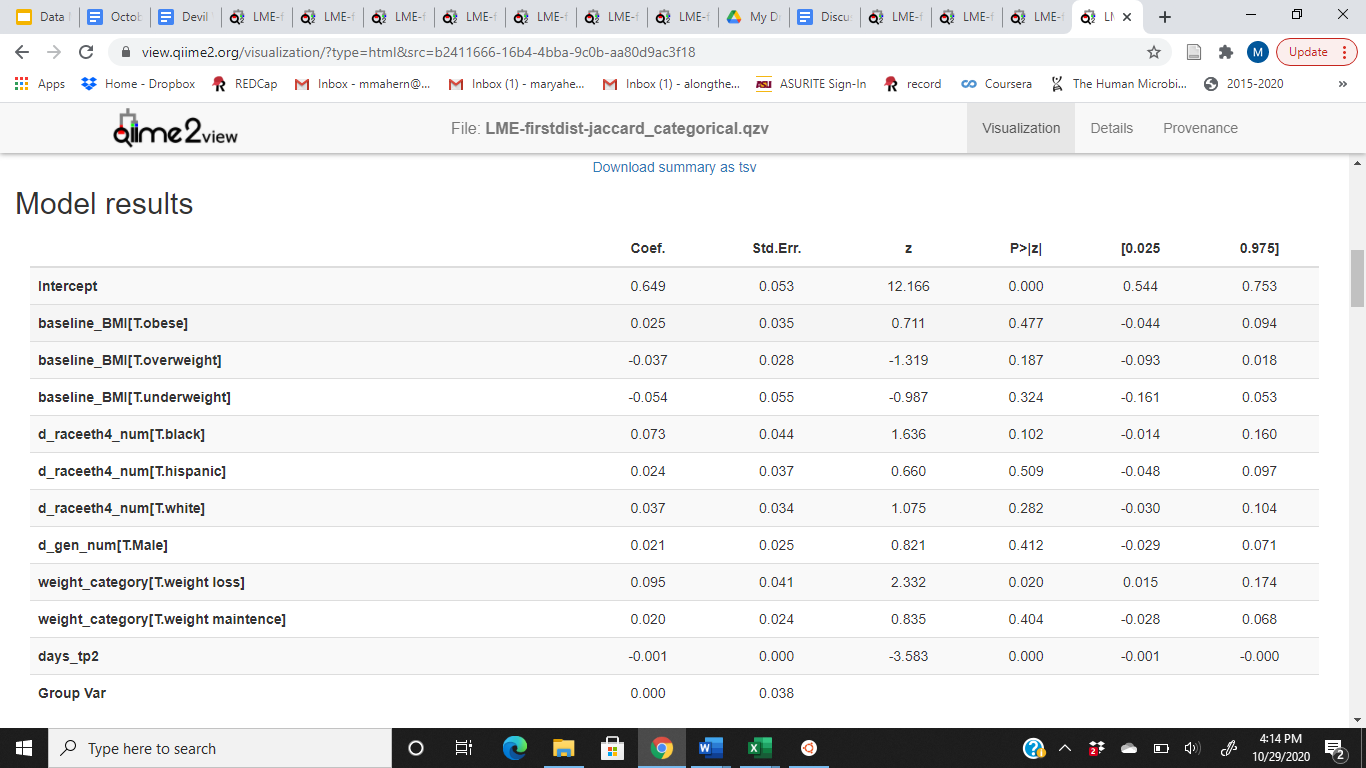 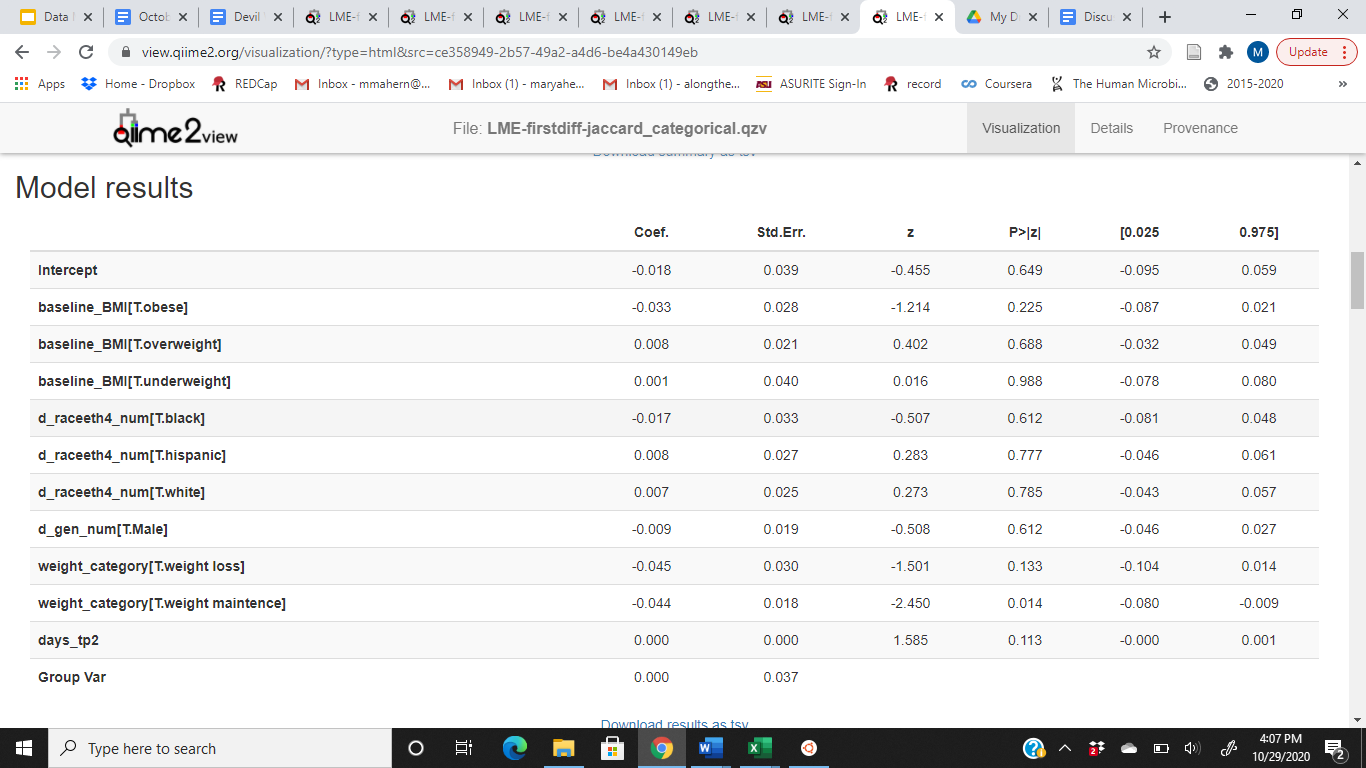 Thank you so much!!
Mary

Thank you for explaining your study. This sounds fascinating.

I think these two examples from the longitudinal tutorial show how these methods contrast.

A similar method [to first-difference] is first-distances, which instead identifies the beta diversity distances between successive samples from the same subject, [instead of alpha diversity differences].

Can I qiime dev to comment on using first-differences with Jaccard distances?

Does that help?
Colin

If you have not already, my first advice is to use the “volatility” action to plot both the first distances and differences (you should be able to input both and view in the same visualization!). This will make the differences in behavior clearer.

If first distances is similar to first differences just with a distance matrix as the input, then how would I interpret these results?

In your example, you are using First Differences to look at FD in Jaccard PCoA coordinates (Axis 1), so the output is effectively telling you “how do individuals move around on Axis 1 over the course of the study?” (as in what is their rate of change at each timepoint interval, not their absolute position)

First distances is looking instead at the Jaccard distance (fraction of features not shared by each pair of samples) from the same individual at each time interval.

So these two results are tangentially related but will not necessarily yield the same results, as you are looking at position on a PC axis (i.e., after dimensionality reduction, so these coordinates are impacted by the relationship of those samples to every other sample as well) vs. what fraction of features disappear/emerge in the same individual across each interval.

the units for the coefficient for first differences and distances

This is because the units are whatever the input is — so we cannot document all possibilities! In your case:
differences: change in PC1 position
distances: Jaccard distance (fraction of unique features gained/lost at each interval in that individual)

Somewhere between those two. That the change in Jaccard distance between an individual and themselves at baseline is increased by that coefficient in the weight loss group vs. the reference group. So individuals losing weight have more species “turnover” than do those gaining weight.

you can add interaction terms, e.g., if you want to look at time:weight_category interaction

If you are using a formula, the group columns parameter is ignored so this line is unnecessary.

Thank you so much, that was very helpful and answered all of my questions!