I am quite new to qiime so was wondering if I could have some help. I have 16S V4 sequences, assigned taxonomy using SILVA 132 at 97%, and have a few samples that are majority D_0__Bacteria;;;;;__ (level 6 taxa bar plot) 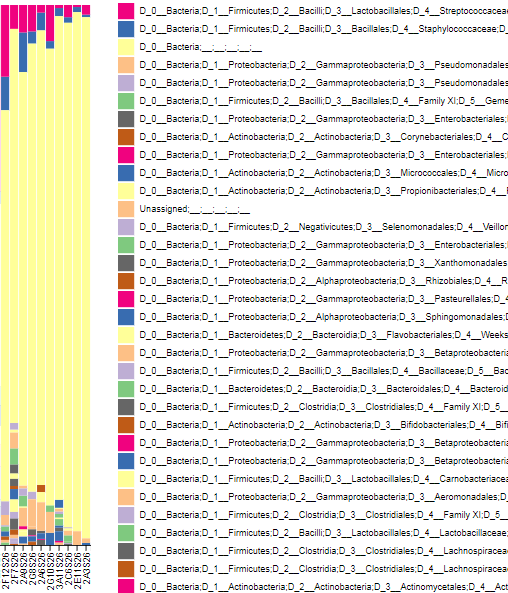 I was wanting to remove these sequences from my feature table as I found most of them are human after BLASTing them.

However, I followed a forum answer from someone who had a similar issue but found that the command actually retained all those sequences rather than excluding them:

I realise that the --p-where refers to features to keep and was wondering if there was a way to exclude these instead? I know there is a way to exclude IDs from metadata files but I have over 5000 sequences being classified as D_0__Bacteria.

Hi @ChloeD93,
See the third example here. qiime taxa filter-table --p-include D_1__ should do exactly what you want! (it will exclude any sequences that are missing phylum-level classification)