Hello guys, this is my first post in the forum.
I have been a great fan of QIIME2 and its plugins.

I followed exactly this tutorial to download and train a classifier based on the NCBI RefSeq 16S rRNA data. The resulting classifier looks fine according to the evaluation and predicted-taxonomy outputs. However, when I used this classifier to classify my own data, which are 16S rRNA sequences spanning the V1-V9 region sequenced using PacBio, it gave me some weird results (see below). 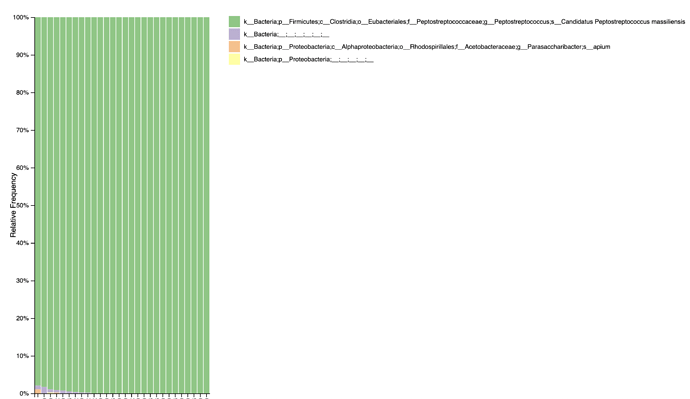 The sequences themselves shouldn't be the culprit because the same dataset classified using a classifier trained on SILVA full-length 16S rRNA sequences gave me reasonable results (see below). 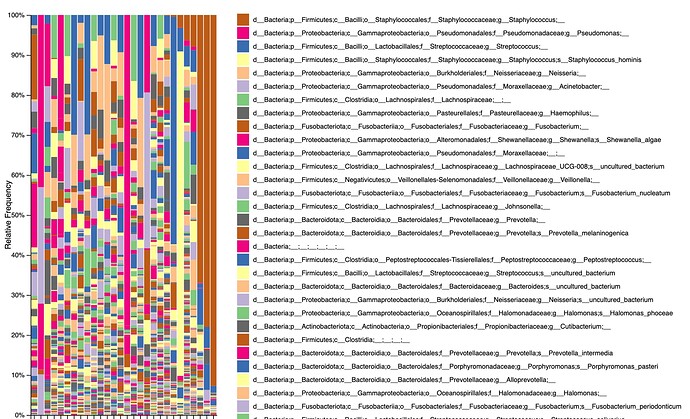 Any idea what had gone wrong here? Thanks!

I often see results like this when the sequences are not in the same orientation as the reference database. This has been encountered before here and here.

Perhaps try running qiime rescript orient-seqs ... on your sequences. The scikit learn classifier tries to handle this (see one of the threads above), but may not always work. Also keep in mind that the NCBI RefSeq is not as expansive as SILVA, so some issues, like failing to detect the correct sequence orientation, may be exaggerated.

Hi Mike, thank you very much for your reply.
I followed your suggestion to run orient-seqs on my input sequences.
However, the same issue still persists.
Any further thoughts are appreciated

@Nicholas_Bokulich, reminded me of another potential reason for what you are observing. That is, the primers for the V1V9 region may simply not be present in many of the reference sequences, which basically means that the PCR primer search and extraction using qiime feature-classifier extract-reads may not work well. I'd expect that the V1V9 region is almost equivalent to the "full-length" classifier we provide. Perhaps sanity check that the full-length classifier provides reasonable results, and let us know what you find.

Thank you for your reply again.
Actually the second bar plot in my 1st post was generated using the SILVA full-length classifier downloaded from the Data Resources page (just for a different QIIME2 version: 2020.11 in my case). The result looks reasonable.

By the way, the primers (27F and 1492R) have been removed from my sequences following the DADA2 for PacBio data protocol, which has also included a read orientation step.

When you ran orient-seqs on your downloaded NCBI data what did you use as your reference?

Can you link me the QZA and QZV reference database files you've generated as well as the PacBio read QZA files? You can send them to me via private DM.

So eventually I changed the --p-read-orientation option of classify-sklearn from 'auto' (the default) to 'same' and then the classifier worked nicely! So in the end the issue is still the read orientation as you initially suggested...
Thank you for your help!

Great! Glad you figured it out!