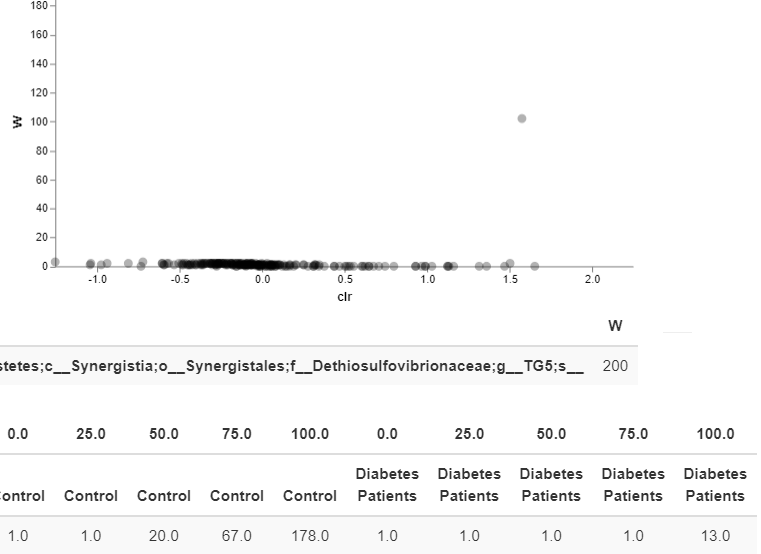 Hi,
I'm having problems with the interpretation of the volcano plot. Is this plot normal? Most of them are near the w=0.

If anyone could help me i would be grateful.

It looks like your W value is 1, which says that the ASV changes with regard to one organism (which looks like it’s your one point at 100 and a second at 200).

Remember that W is calculated here as the number of tests where the ratio between two features is significant.

Thank you for your reply.

My W isn’t 200? The only that was statistically significant?

If I look at the image you posted (d, you have something that’s a class Synergista with the W given (W=200). That would be the only feature where you rejected the null hypothesis enough times, making it the ANCOM equivalent of “significant”.