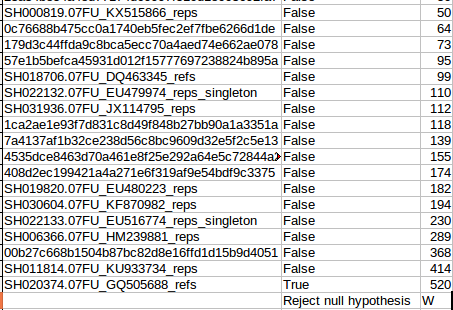 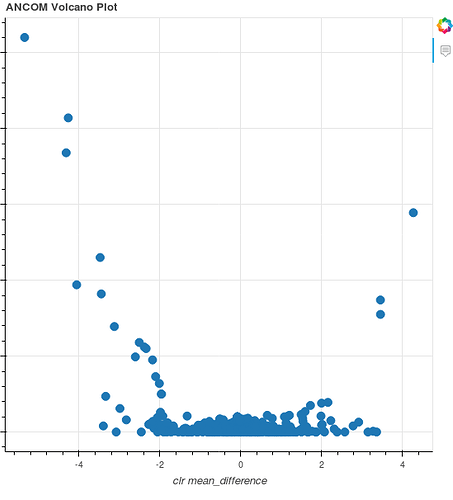 However, in the other location it says to reject he null hypothesis in the case of every OTU even though they have low W values 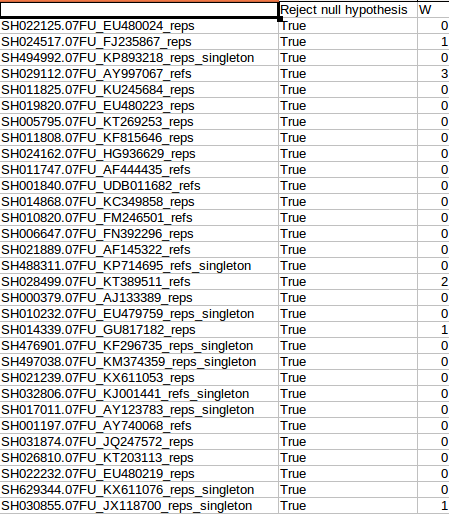 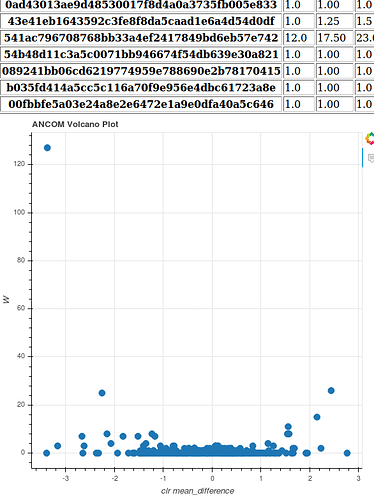 Does anyone have any idea what the problem is?

Hi @nricks,
@mortonjt will be able to explain this much better than me but if I had to guess I would think the results you are seeing in your 2nd location (with low W values) is likely a result of large rare features from that site. See this explanation of how the W values are determined. With lots of rare taxa that only appear in a few samples, it’s likely that ANCOM is under performing due to violations of the recommended guideline where less than 25% of the features are expected to be different across groups.
I think a first good step is to reduce noise from your feature-table by getting rid of rare and low abundant features that only appear in a few samples or that they make up a very small portion of the features.

Hi @nricks,
@Mehrbod_Estaki raises many great points (thank you!), including how the W values are calculated.

The W value is just a count of the number of times H0(ij)H_{0(ij)} is rejected for the ithith species.

Thus W will depend on the number of features, and you cannot really compare W values between ANCOM tests on two different feature tables. Different threshold W scores will be set for each test.

So what you are seeing is not really a “problem”. However, what is a problem (as @Mehrbod_Estaki points out) is that in table #2 many many features are significantly different, which is breaking the assumptions of ANCOM.

You might want to check out q2-gneiss; especially since it sounds like you have a potentially complicated experimental setup, gneiss can handle things like multi-factorial experimental designs to determine how species balances differ between groups.