Where did it go wrong and I got this result?

Hello,
I was doing a 5 sample analysis. I'm pretty sure the result shouldn't look like this, but I have no idea where it got wrong. I'm posting taxa barplot and denoising stats so you could take a look.
I need to know if this is about computational problem or something went wrong in sample preparation process.
If you need to see any other file, I can post it, too. I need help asap.
(This is the first time I upload something, and I can't preview the post, so I don't know how it will look like. If it is bad, please excuse me :))

Thank you for your attention dear Qiimers... 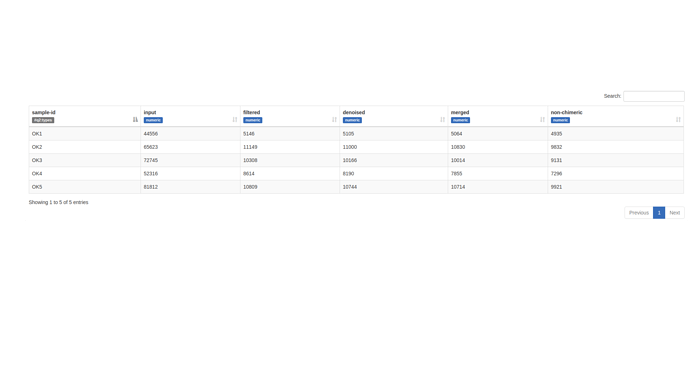 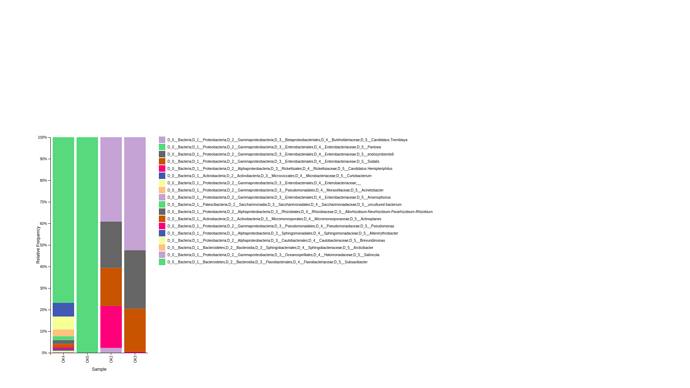 You’re going to have to give some more information about the samples, because without knowing what you expect it to look like, it’s hard to say what went wrong (if anything).

The only obvious thing I can see is that your barplot has only 4 samples, not 5; presumably the last (OK1) didn’t have enough reads to be included. You also seem to have lost a lot (~80%) of your reads in the first filtering step; not sure if that might be a problem.

What were these 5 samples? It looks like OK2 & OK3 are one sample type, and OK4 and OK5 are another. Is that the case, or are these supposed to be 5 similar replicates?

I got pneumothorax last week, so I wasn’t around

I don’t know the reason I lost most of my reads. Quality scores are actually better than many of the analysis I did. Is there something that I could try to keep my reads?

P.S. I have learned that these samples are from a plant epidermis tissue, but they did not explain whole treatment.

I have given a try to denoise with only forward reads, and I used same trunc value as I did with paired end run. I'm uploading taxa barplots and denoising stats again. Seems like this time I kept enough reads because feature counts were all above 10000. 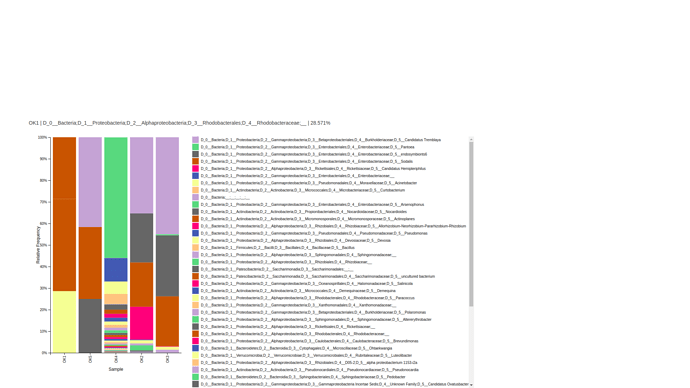 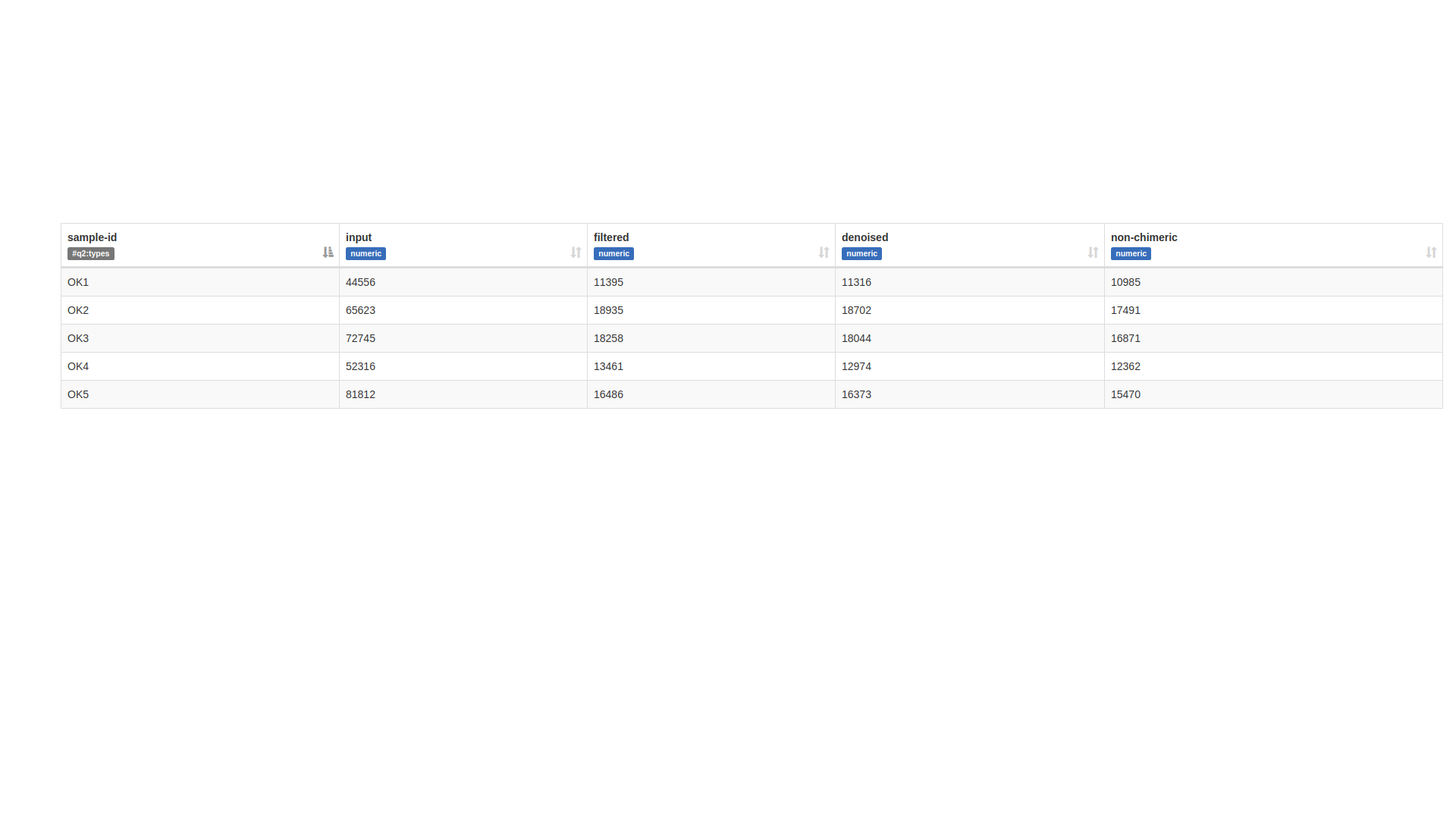 I haven't got a feedback about this result yet, I just wanted to show what happened when I tried something else. I will share it if this is a result which is expected or not.

I got pneumothorax last week, so I wasn’t around

Yikes! Glad to have you back, @the_dummy, hope you are doing better!

Given your results (but not having seen a critical piece of info: the demux summarize QZV to look at read quality), it sounds like this is what’s happening: