Lost of sample in the table-dada2

I'm trying to trim and trunc my data so that blank gets reads. However, in the table-dada2 one of my blanks, the PCR2-Neg, is lost but it continues in the stats-dada2. I have already validated my metadata in the Keemei. Does anyone have any idea what I'm doing wrong or what's going on? 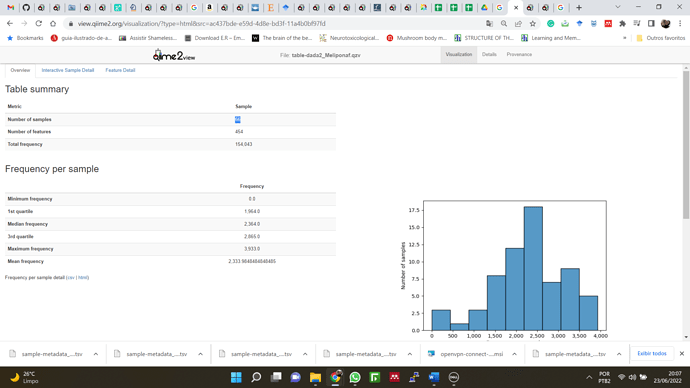 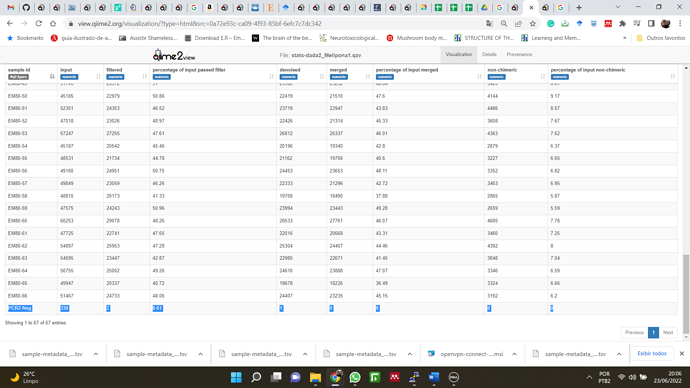 Thank you for the help.
I've one more doubt. Can you help me?
I'm trying to trim and trunc my sequences so the blanket continues with reads (trying to minimize errors in the next steps) but the amount of reads remaining in the samples is getting too low. Do you have any tips for me?

Since you lost most of the reads at the filtering step, it mean that reads either to short or quality is too low to passe the filters.
One can decrease truncation parameter, but only if it is not decreasing number of reads in the rest of samples.
However, I would not worry about this sample to be discarded, since it can indicate that you do not have contamination in the data.

All my blank samples are return 0 reads after the denoise step. If I descarted that or continue with blank contain 0 reads will I have no problem in the next steps of the analyses?