but these commands only generate table-dada2.qza for me, there is no rep-seqs-dada2.qza.

Coould anyone help me, find out what part of my command went wrong?

Thanks for your help

Hi @zhang_sonic! Can you please provide the following info?

Also note: both of your commands are using the same output file paths to save results (table-dada2.qza and rep-seqs-dada2.qza). Whichever command you run last will overwrite any existing files with the new results. I recommend using different file paths to save the results from each command to avoid overwriting the files. Also note that the output filenames you’re using with qiime vsearch dereplicate-sequences are a bit misleading; the vsearch command isn’t using DADA2 denoising, it is only dereplicating the sequences. You might consider using different filenames to better indicate what the results represent, in order to avoid mixing up your data.

Thanks for your help.
Here is where I started

then I ran this command 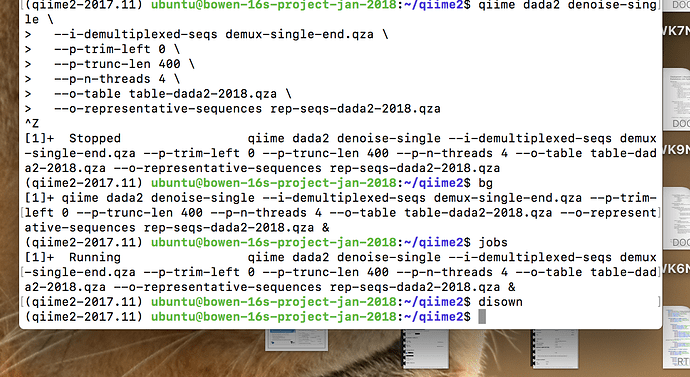 I ran top command and made sure it was running

Then when it was finished this is what I got 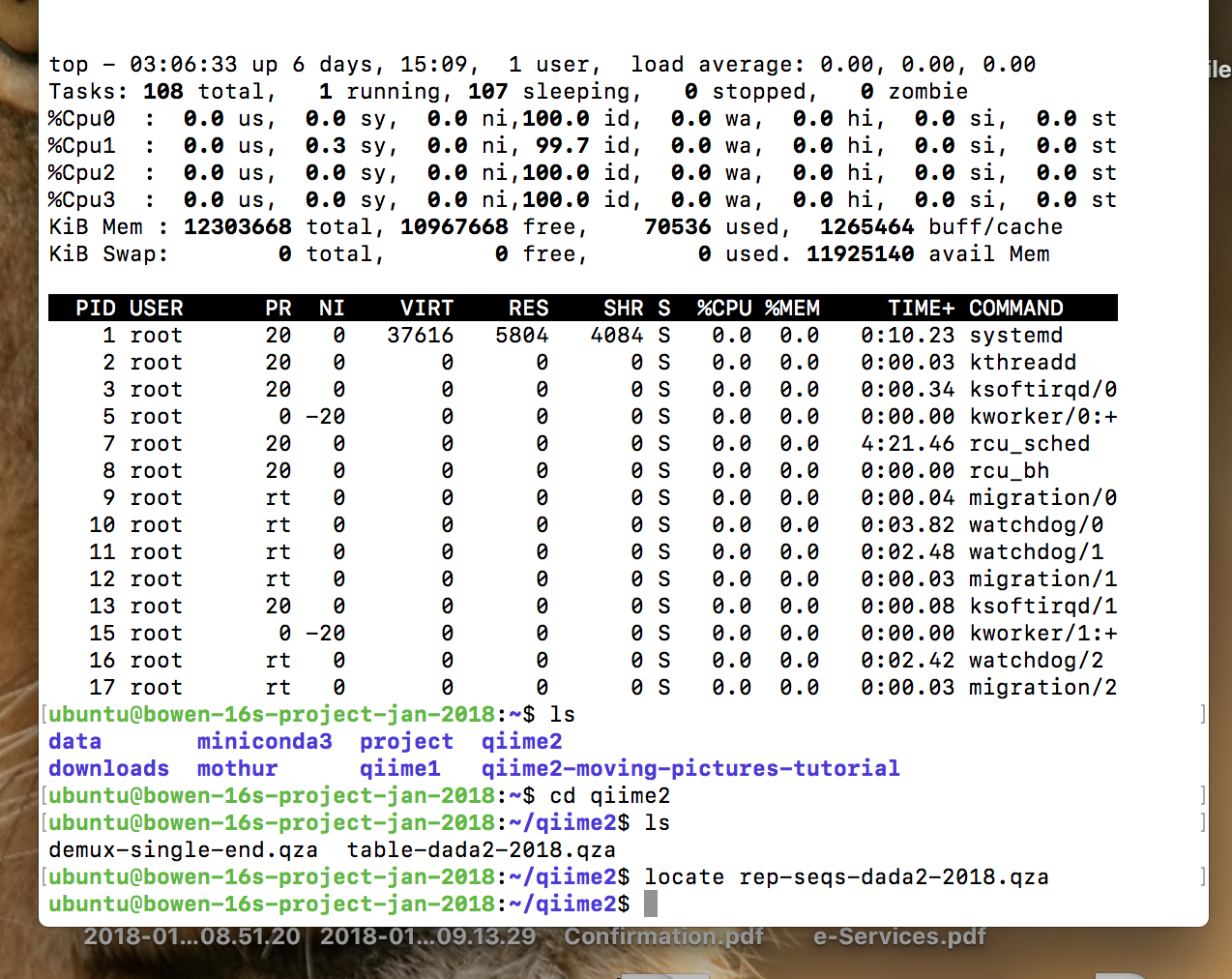 And I have no idea about where went wrong.

Thanks for the details! Can you try rerunning the DADA2 command directly, this time without using Ctrl+Z, bg, jobs, and disown? I wonder if those commands are somehow interfering with the DADA2 command you’re running.

If the command succeeds, you should see output similar to:

If that doesn’t work, can you please send a screenshot of the command you ran and any output it produced? Thanks!

I tried this command and let it run without doing anything else just like what you have suggested, and it worked this time. Finally. Thanks for your help.