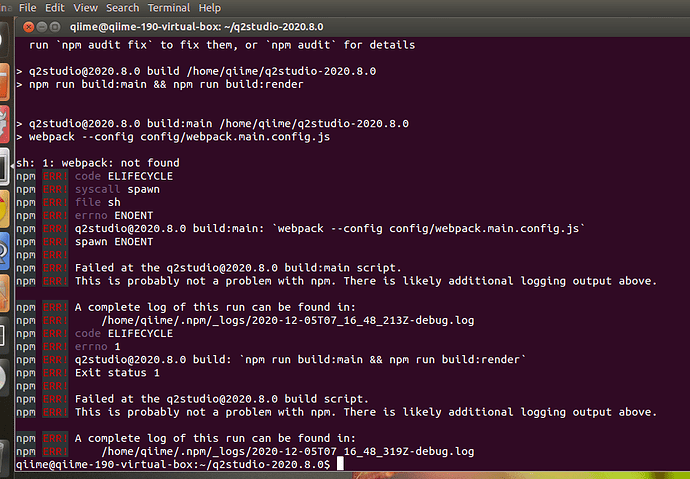 Please share the entire log - the error message indicates the the npm install step did not complete successfully.

Installed nodejs and npm by the following protocol:

SO, then installed old version of nodejs and npm by the command

Thanks @Rezwana, that is helpful, but I was actually looking for the rest of the output from when you ran those commands - the screenshot you shared in the initial post is clipped, and doesn't show us the first lines of the command output, which could be pretty helpful.

A broader question though, I just noticed, you appear to be using a very old QIIME 1 virtual machine. If you install a QIIME 2 virtual machine, QIIME 2 Studio will be installed for you, automatically. Also, QIIME 1 and QIIME 2 are not compatible, and are completely different software projects (that happen to share a name). 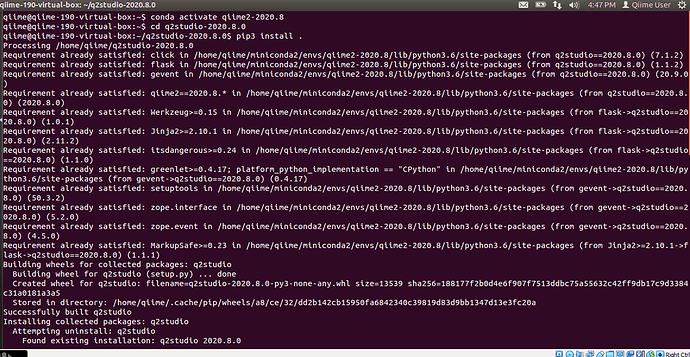 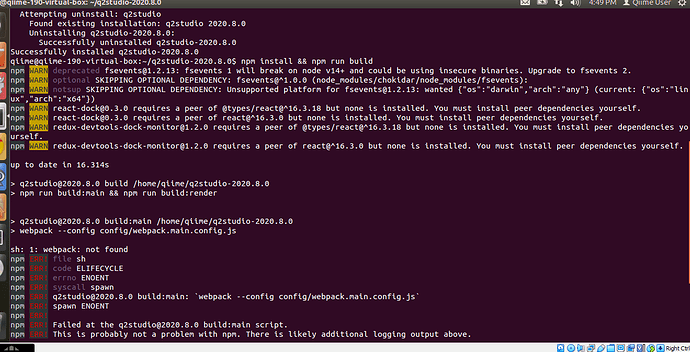 Thanks for sharing the details here, @Rezwana!

It looks like the npm install portion of the command is failing. Let's start by removing the entire node_modules directory, and then running npm install again:

One thing to keep in mind is that the OS you are running here is ancient, and it is quite possible that you won't be able to install these packages on this VM, because of version incompatibilities. My suggestion to you is to install and run a QIIME 2 VM, alongside your QIIME 1 VM. That is one of the major features of VMs - you can have many, running alongside each other, with no significant interaction. If you mount a folder from your host machine into each VM, then the files will automatically be available between the two VMs, no synchronization necessary.