Created a visualization (.qzv) from this - data looks ok

When I try and execute DADA2 through q2studio - it seems to hang. The zipped .qza file is ~128MB...total number of sequences across 9 libraries is ~430K. I let DADA2 chew on it for ~3 hours and then clicked on the link below 'Action' pictured below

The window brought up shows this: 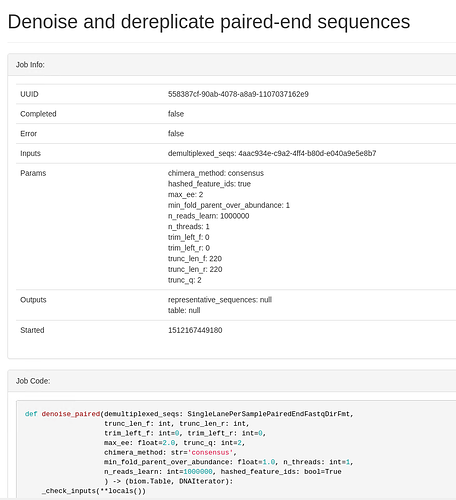 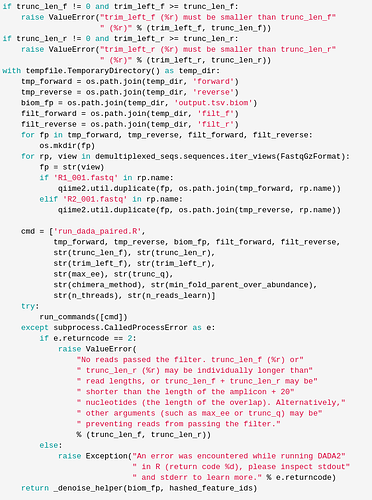 This makes it look like my analysis is dead, but the ticker (Time Elapsed) on the Active Jobs keeps rolling. What's going on?

I don’t think your job has failed yet, the denoising process can just take a while sometimes.

It should show up in the failed tab if something does go wrong. But your screenshots look normal to me. Outputs are null because they don’t exist yet, and you probably won’t see the stdout/stderr until the job finishes or fails.

You can ignore Job Code, that’s what’s actually running, and is kind of leftover from some much earlier ideas of how QIIME 2 would work.

Roger that - thanks for the quick reply!!