A thing remains unanswered to me regarding the FeatureTable.

As you see, on the left-side of the table, it shows SIX samples; however, in the Y axis of the histogram represents THREE, number of samples is 3. There is a contradiction between two parts of status. I have six samples without doubt but I cannot convince myself why the histogram showing three samples. 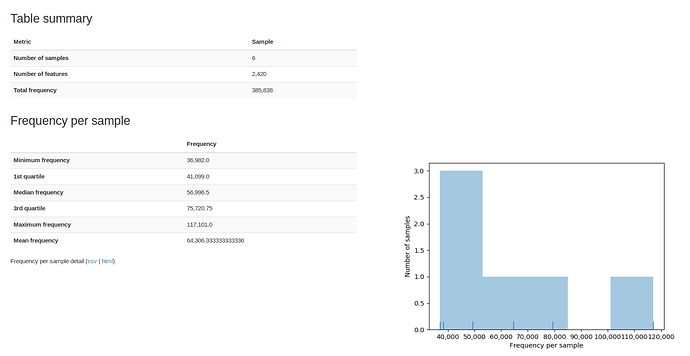 I think was partly me leaving that unanswered. The plot is not showing the total number of sequence you have in the analysis. Instead it shows in how many samples the ASVs are found. That is, you have many ASVs that are present only in 3 samples, and all the rest is found in one sample only. I see this as bit suspicious, because the resulting abundance table will be very rich in ‘0’ values (form this I would expect from this most of the column showing only one value). I would like to see a nice bigger peak on the right side of the plot.

That in turn would probably affects the diversity analysis or any feature based analysis: because the samples may be too different form each other.
Think for example at the ANCOM analysis, as you know it requires a number of ASVs (about 25%) present in most of the samples, so I’m not sure if the results you have with this would be reliable because the fraction of ASVs you have in 3 samples may be less that that.

We just finished a similar discussion on this other thread:

Hi @danielsebas, can I ask a basic question on the overall design? Are these sequences really 2x150, as above? I never work with that length so far, so I may be wrong, but would that result in enough overlapping between R1 and R2 for dada2 to work on? Am I correct on seeing the primers as 515F and 806R, giving roughly 300bp amplicons? If I am wrong, sorry for that but at least we starting from the basic! Luca

I hope it may be useful for you,

I said the plot it looks suspicious to me, but I don’t know enough about the samples, you may expect these as very dissimilar samples so it may be just due to a biological features of your experiment. This is up to you to decide merging all the information you have.

I have six samples without doubt but I cannot convince myself why the histogram showing three samples.

The histogram is showing 6 samples: 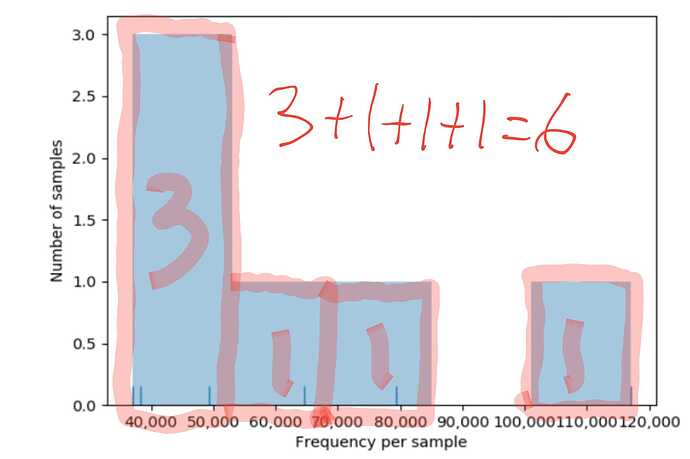 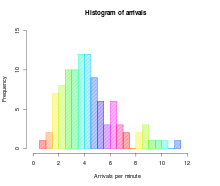 A histogram is an approximate representation of the distribution of numerical data. It was first introduced by Karl Pearson. To construct a histogram, the first step is to "bin" (or "bucket") the range of values—that is, divide the entire range of values into a series of intervals—and then count how many values fall into each interval. The bins are usually specified as consecutive, non-overlapping intervals of a variable. The bins (intervals) must be adjacent and are often (but not required If...

Ehmm, sorry shame on me now!

No worries, the bins aren't clear at all. I opened an issue about this: summarize: histogram bin outlines · Issue #208 · qiime2/q2-feature-table · GitHub

Also worth pointing out, the "ticks" at the bottom of the plot can also be used to arrive at the same conclusion: 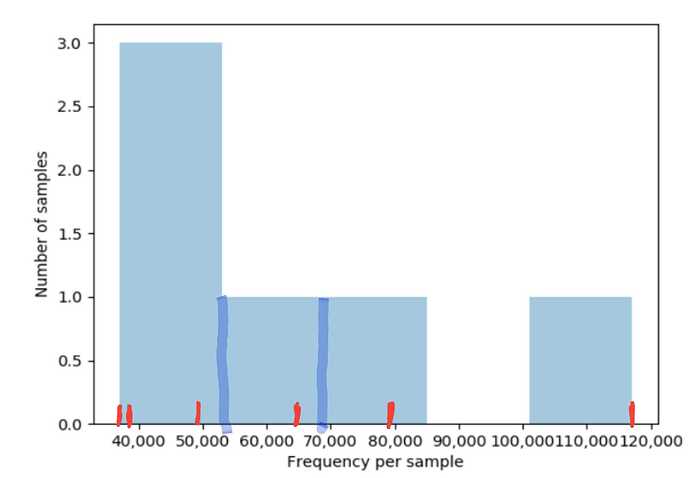